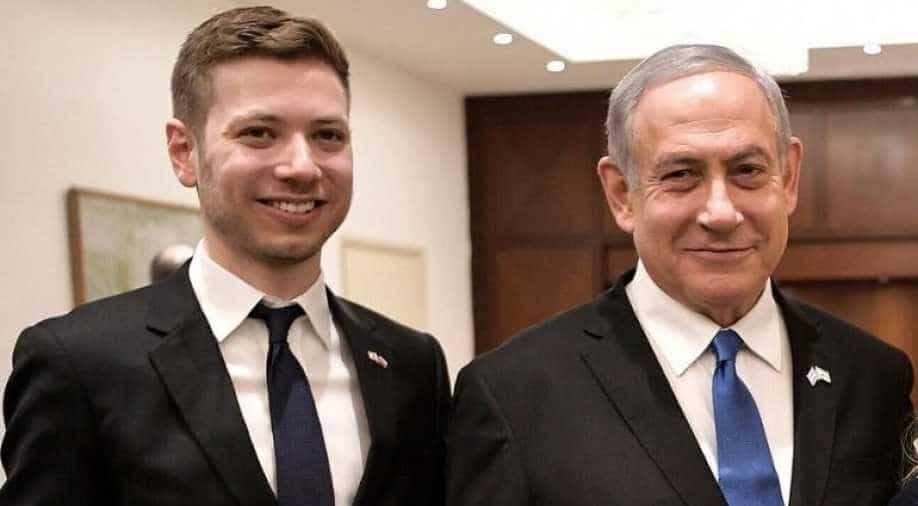 A court ordered Israeli Prime Minister Benjamin Netanyahu's son on Sunday to refrain from harassing several individuals helping lead protests against his father, after he tweeted their personal addresses.

Yair Netanyahu, who has caused controversy for past social media posts, was also ordered to delete the tweet and to "refrain from harassing" the individuals concerned for six months, according to a ruling from Jerusalem Magistrates' Court judge Dorit Feinstein.

A bombastic defender of his father, Yair Netanyahu caused controversy in 2018 when he was recorded seemingly drunk outside a strip club talking about a natural gas deal reached by the Israeli government.

He has also previously posted on Facebook about alleged conspiracies against his family.

The ruling came a day after what Israeli media described as the largest protest in a decade against Netanyahu's tenure, estimating the crowd at roughly 10,000 strong.

Thousands of demonstrators, mainly in Tel Aviv and Jerusalem, have in recent weeks rallied against the premier's handling of the coronavirus crisis. Some have called for his resignation.

Speaking before a weekly cabinet meeting on Sunday, the right-wing prime minister lashed out the media, accusing it of "fuelling" rather than covering "violent demonstrations."

He said Israel's media was behaving in "North Korean terms" with a lack of balance and unwavering support for "left-wing demonstrators."

Some of the protesters have voiced frustration over the government's pandemic response, while others have expressed broader objections to Netanyahu's stewardship, in particular noting corruption charges against the premier, which he denies.

Israel won praise for its initial response to the COVID-19 outbreak, but the government has come under criticism amid a resurgence in cases after restrictions were lifted starting in late April.

Netanyahu has acknowledged that the economy was re-opened too quickly.