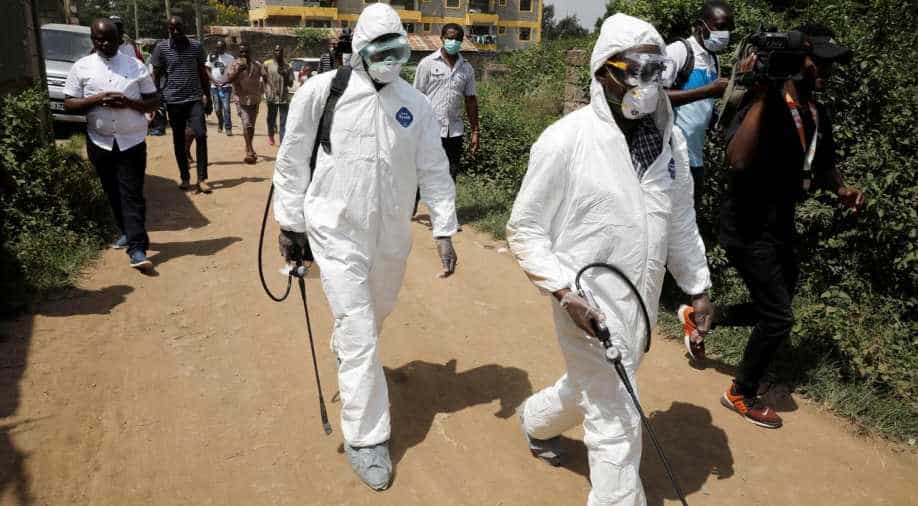 By Tuesday, Libya had confirmed 332 cases of COVID-19, of which 142 were in Sebha and the others mostly in the northwest.

The number of coronavirus cases has surged in Libya this month, with health authorities blaming the biggest outbreak in a southern city on the repatriation of nationals stranded abroad.

The National Centre for Disease Control last week announced more than 90 new cases in the southern city of Sebha after weeks with only a few dozen confirmed cases across the whole country.

By Tuesday, Libya had confirmed 332 cases of COVID-19, of which 142 were in Sebha and the others mostly in the northwest.

Libyan and international health agencies have warned of the high risks of any wave of coronavirus cases in Libya, where years of chaos and war have undermined the health system.

Libya closed its borders in March to stop the coronavirus spreading but last month began arranging flights to repatriate Libyans stuck abroad, without a quarantine requirement.

The disease control centre attributed the cases in Sebha to people returning home, though the city medical centre's media office manager Mohamed Grain said they had not yet identified the "patient zero" who triggered the outbreak.

Libya has been divided since 2014 between warring rivals in the east and west who control different parts of the country, meaning there is no unified approach to the virus.

The disease control centre is one of the few state institutions to operate across the country but the two rival governments are responsible for setting and enforcing public health policies.

"The fear, if cases rise, is that citizens will not follow social distancing procedures. Then we will be unable to deal with all the cases," said Ali Saidi, head of Sebha's quarantine centre where three out of 16 intensive care beds are occupied.

Prime Minister Fayez al-Serraj, head of the internationally recognised Government of National Accord (GNA) in Tripoli, formed a committee on May 28 to investigate the spread of coronavirus among people returning from abroad.