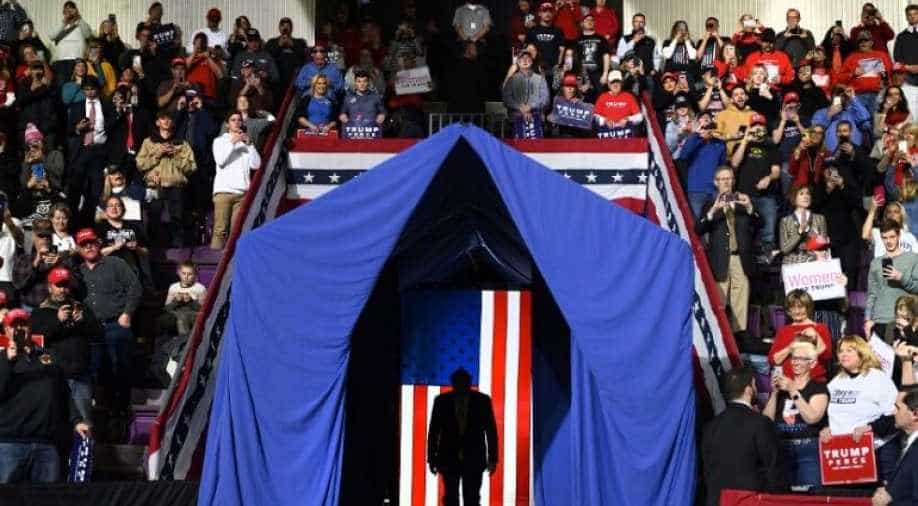 Media reports indicate that rallies may be held with fervour, but with social distancing norms in place

As coronavirus cases across United States jumped again due to the ongoing protests against the murder of George Floyd, US President Donald Trump is set to begin conducting campaign rallies for his reelection to the White House.

Health experts across the globe have warned against jumping too soon into relaxations, especially in terms of crowding, as it could trigger another wave of COVID-19.

Trump intends to restart his reelection campaign with in person rallies over the next two weeks. His last election rally took place on March 2 in Charlotte, North Carolina, when US was beginning to peak.

According to Politico, Trump’s aides are exploring the options available in terms of the safety imbued in campaigning right now. The elections are set to take place on November 3 across the United States, and Trump’s adviser Brad Parscale is currently working on a plan to facilitate campaigning.

Media reports indicate that rallies may be held with fervour, but with social distancing norms in place.

Recent polls showed Trump’s Democrat rival, Joe Biden leading in terms of public support with a 5 per cent edge. Trump is expected to conduct more rallies than Biden, as his campaign manager claims. Campaigning has remained suspended across the US in view of the coronavirus pandemic, which has killed the most people in the United States.

Trump administration is dealing with a three fold issue right now: Coronavirus pandemic, flaccid economy, and the anti-racism protests across the country.

He has been criticised for not supporting the protesters’ demands and has also labelled them as “thugs”. George Floyd, an African American man was killed by a police officer, Chauvin, who knelt his knee on the man’s neck for almost nine minutes, resulting in his death.

Experts across the country fear that a second wave of coronavirus may be imminent in the country, as protesters flout social distancing norms seeking justice, while many states are reopening prematurely. Visuals from the protests show many without masks.

In terms of rallying, outdoor venues are a safer bet, as there is a lower risk of the virus spreading in open spaces as opposed to closed ones.

The Republican national convention may be moving from North Carolina as the state claims to not being ready as it still reels from COVID-19. Even given the risk, the president has called for a full scale convention, while saying that face coverings are not necessary.