Comey is the best thing to ever happen to Hillary, tweets Trump 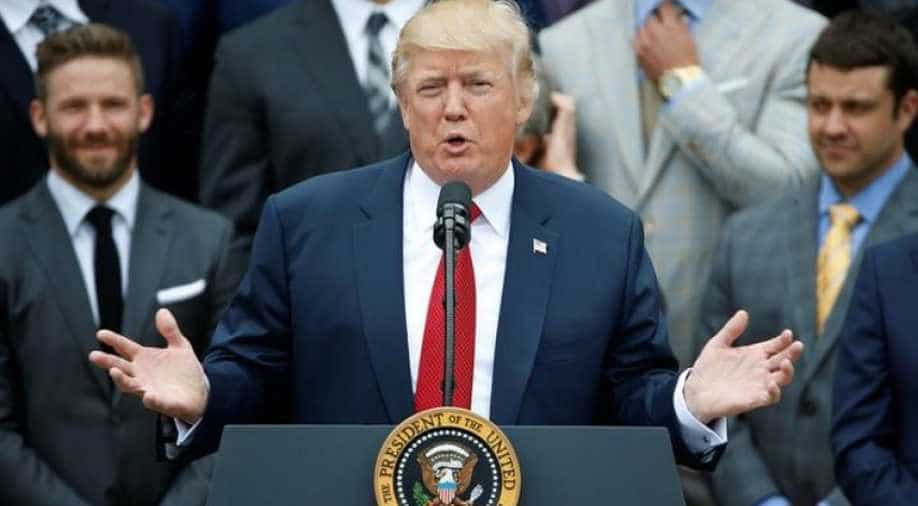 In sworn testimony to the Senate, Comey had painted Trump as "untrustworthy". Photograph:( Reuters )

Hillary Clinton had blamed FBI director James Comey for losing the US presidential elections, for re-opening the investigation of her emails.

US President Clinton today once again took potshots at former FBI director James Comey saying "he was the best thing that ever happened to Hillary Clinton."

...people not interviewed, including Clinton herself. Comey stated under oath that he didn't do this-obviously a fix? Where is Justice Dept?

The US president had earlier discredited the ousted FBI director James Comey, accusing him of cowardice in leaking an account of their private meetings.

After his dismissal as FBI director, Comey had leaked details of a series of meetings with Trump, in which the president allegedly asked for Comey's "loyalty" and suggested that he shelve an FBI investigation into Trump's national security adviser.

In sworn testimony to the Senate later, Comey had painted Trump as "untrustworthy" and admitted he asked a "friend," identified as a Columbia University law professor, to release a memo of his conversations with the president to the press.

Interestingly, Hillary Clinton had blamed FBI director James Comey for losing the US presidential elections, for re-opening the investigation into her emails.

Clinton had told fundraisers last year that Comey's letters just days before the November 8 election tilted the favour towards Trump.