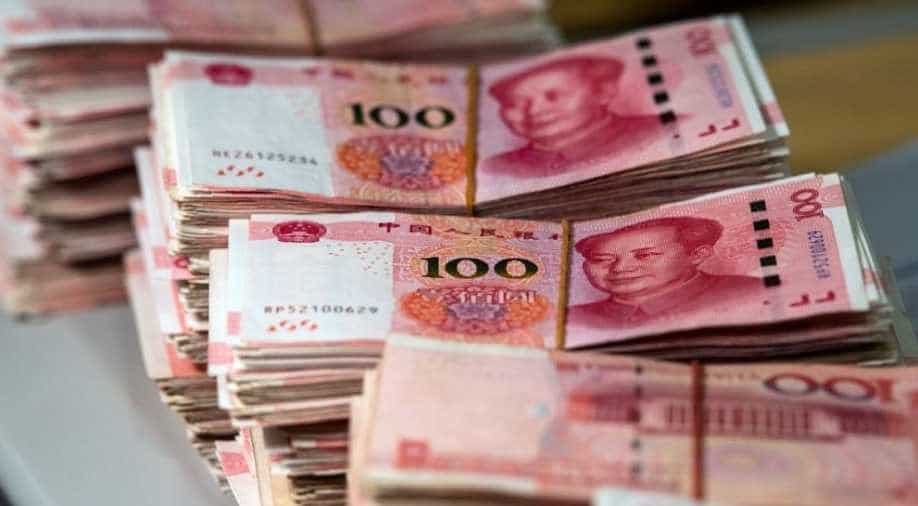 The People's Bank of China (PBOC) said it would cut the reserve requirement ratio (RRR) by 50 basis points (bps) for all banks, with an additional 100 bps cut for qualified city commercial banks. The RRR for large banks will be lowered to 13.0 per cent.

China's central bank said on Friday it was cutting the amount of cash that banks must hold as reserves for the third time this year, releasing $126.35 billion in liquidity to shore up the flagging economy.

The People's Bank of China (PBOC) said it would cut the reserve requirement ratio (RRR) by 50 basis points (bps) for all banks, with an additional 100 bps cut for qualified city commercial banks. The RRR for large banks will be lowered to 13.0 per cent.

The PBOC has now slashed the ratio seven times since early 2018. The size of the latest move was at the upper end of market expectations, and the number of funds released will be the largest so far in the current easing cycle.

"The move shows policymakers are increasingly worried but it’s far from enough to stabilise the economy," said Larry Hu, head of Greater China economics at Macquarie Group in Hong Kong.

"The key constraint is that everything is slowing down corporates are not willing to invest because of the trade war, a global slowdown, and weak infrastructure and property sector growth."

The latest move to spur bank lending followed a cabinet meeting on September 4 that pledged to implement both broad and targeted cuts in the RRR "in a timely manner".

The PBOC said it will maintain a prudent monetary policy and avoid a flood-like stimulus while increasing counter-cyclical adjustments and maintaining reasonable and abundant liquidity.

Analysts say China's economic growth has likely cooled further this quarter from a near 30-year low of 6.2 per cent in April-June. Morgan Stanley says it is now tracking the lower end of the government's full-year target range of around 6-6.5 per cent.

With Washington imposing new tariffs from September 1 and threatening more measures from October 1 and December 15, some economists have recently cut their China growth estimates for next year to below 6 per cent, which would breach Beijing's longer-term development goal.

The central bank is also widely expected to cut one or more of its key policy interest rates in mid-September for the first time in four years as it works to reduce corporate funding costs.

"I think it's very likely they will cut the LPR (loan prime rate) by about 5-10 bps later this month. I also expect another RRR cut of 50 bps by the end of this year,” Macquarie's Hu said.

Despite a slew of support measures and policy easing since last year, China's economy is still struggling to get back on a firm footing.

Prior to the latest RRR cut, the central bank had pumped out 3.63 trillion yuan in net liquidity through reserve cuts since early 2018, according to Reuters calculations based on PBOC data and analyst estimates.

The PBOC's hefty injections have helped bring down companies' borrowing costs, which had jumped early last year as regulators clamped down on riskier types of financing and debt.

But analysts have cautioned that some companies may be merely refinancing existing debt at better rates, rather than borrowing to fund fresh investments.

Analysts say the problem is not a lack of credit the PBOC has injected generous amounts of liquidity but weakening business and consumer confidence as the trade war drag on. That has weighed on activity from manufacturing and investment to retail sales.

In the latest escalation in the protracted trade dispute, the United States began imposing 15 per cent tariffs on a variety of Chinese goods on September 1 including footwear, smartwatches, and flat-panel televisions and China began imposing new duties on US crude.

The next high-level trade talks are slated for early October, but a lasting peace seems more elusive than ever.

The government has repeatedly said it will not resort to "flood-like" stimulus as it did in past economic downturns, which left a mountain of debt and sparked fears of property market bubbles.

Instead, Beijing has relied more on fiscal stimuli such as increased infrastructure spending and tax cuts, though the boost has been milder than expected so far.

The cabinet said on Wednesday China will allow local governments to issue special-purpose bonds earlier than normal next year to help steady growth, and specified for the first time that about 20 per cent of all special purpose bonds issued by every province could be used as project capital.

The OECD has estimated that China's fiscal stimulus was equivalent to 4.25 per cent of gross domestic product (GDP) in 2019, up from 2.94 per cent last year.