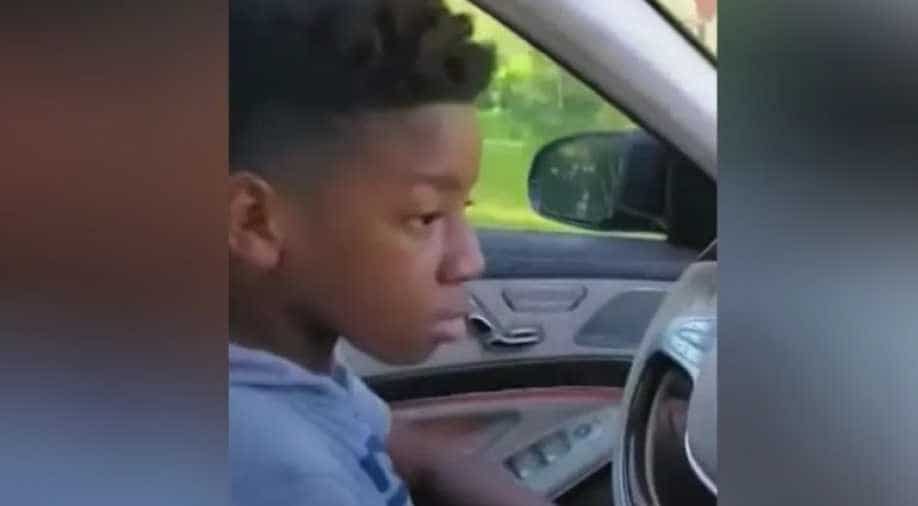 PJ Brewer-Laye, who has now turned 12, was riding his go-kart and his grandmother Angela walking, when the duo went out together

A spontaneous, yet illegal act by an 11-year-old boy in Indianapolis, US has given his grandmother the immediate medical attention she required after falling ill.

PJ Brewer-Laye, who has now turned 12, was riding his go-kart and his grandmother Angela walking, when the duo went out together.

About a mile and a half from her home, Angela started feeling ill, of what she described as low blood pressure, feeling shaky and seeing spots.

"I was leaning against a stop sign, then all of a sudden I looked to my right and I saw my car, my Mercedes Benz coming towards me. Wait a minute," Angela said to local news website 11Alive, as quoted by Lad Bible.

Angela further explained that PJ chose Mercedes-Benz as the keys were easily accessible, adding that her grandson was "calm and collected" as he drove her to the medical professionals.

Adding that the young boy didn't "go up the curb, in the grass or nothing", Angela said that PJ moved cars around for his grandfather and owned a dirt bike, a four-wheeler, suggesting that the experience helped him in the need of the hour.

Speaking on any rewards for PJ for his bravery, the grandmother said: "He's an extra special little boy and he doesn't ask for anything in return."