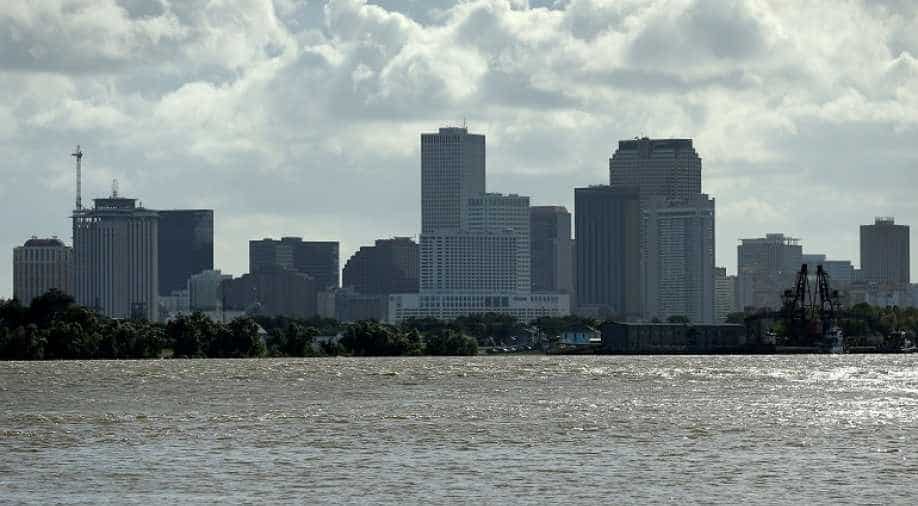 The National Hurricane Center, which said Barry had became a hurricane with maximum sustained winds of 75 miles per hour (120 kph) on Saturday morning, added the storm was likely to weaken.

Hurricane Barry was churning off Louisiana on Saturday, poised to make landfall as the first Atlantic hurricane of 2019 in a westward shift that appeared to spare low-lying New Orleans from the massive flooding feared earlier this week.

The National Hurricane Center, which said Barry had became a hurricane with maximum sustained winds of 75 miles per hour (120 kph) on Saturday morning, added the storm was likely to weaken.

"Barry should quickly weaken below hurricane strength as it moves onshore, and subsequently it is forecast to weaken below tropical storm strength between 24-36 hours," it said.

The storm could still bring dangerous rainfall flooding and storm surge to coastal regions southwest of New Orleans and to Baton Rouge and Lafayette.

But the threat of major flooding from the historically high Mississippi River overtopping levees appeared to have passed.

The river crested on Friday night at just under 17 feet in New Orleans, the National Weather Service said, much lower than a prediction of 20 feet earlier this week, which would have approached the height of the levees.

The river was expected to surge again on Monday at about 17 feet, up slightly because of the expected rains, the weather service said.

Predictions for when the center of the storm would make landfall were pushed back from sunrise to late morning or early afternoon as Barry crawled across the Gulf Coast at about 3 mph, forecasters with the National Hurricane Center said.

The "lopsided" nature of the storm meant most of the rain was expected after landfall and its slow speed increased the risk of flooding, the weather service said.

Authorities had urged New Orleans residents to secure property, stock up on provisions and shelter in place. Some nervous residents opted to flee the city, and tourism officials reported an abrupt exodus of out-of-town visitors on Friday.

Mandatory evacuations were ordered in outlying coastal areas beyond the protection of levees in neighboring Plaquemines and Jefferson parishes south of the city.

Rain bands were already hitting the coast before sunrise, and more than 62,000 homes and businesses in Louisiana were without power at 7 a.m. local time, according to tracking site PowerOutage.us.

U.S. President Donald Trump declared a state of emergency for Louisiana on Friday, freeing up federal disaster assistance if needed.

Barry was seen as a test of beefed-up flood defences put in place since Hurricane Katrina, which left much of New Orleans underwater and killed about 1,800 people in 2005.

The city's Sewerage and Water Board, which operates the pumps, said the agency was expecting between 6 and 12 inches of rain, down from up to 20 inches or more in some earlier forecasts.

"What matters now is how fast it comes," Rainey said.

The city's pumps can handle the removal of about a half inch of rain an hour.

"While the storm's movement west is a promising sign that Barry's impact on New Orleans may be less than first predicted, we're not letting down our guard," he said.

Across the city, motorists left cars parked on the raised median strips of roadways, hoping the extra elevation would protect them from flood damage. Sandbags were stacked outside of hotels, shops and other businesses along Canal Street.

The sheriff's office said dozens of jail inmates held on minor charges were released to make room for nearly 70 inmates transferred from a temporary lockup to the main detention facility, which was built to withstand a major hurricane.

The sun made a brief appearance over downtown New Orleans on Saturday, though gray clouds covered the sky for most of the morning.

Yuda and Cecilia Lilo, tourists from Bolivia, were walking through the narrow roads of the French Quarter, happy their trip had not been completely rained out.

"Everything is closed, so we cannot even have breakfast," Yuda said, noting the usually packed sidewalks were mostly empty. "We took a chance and we're making the best of it."