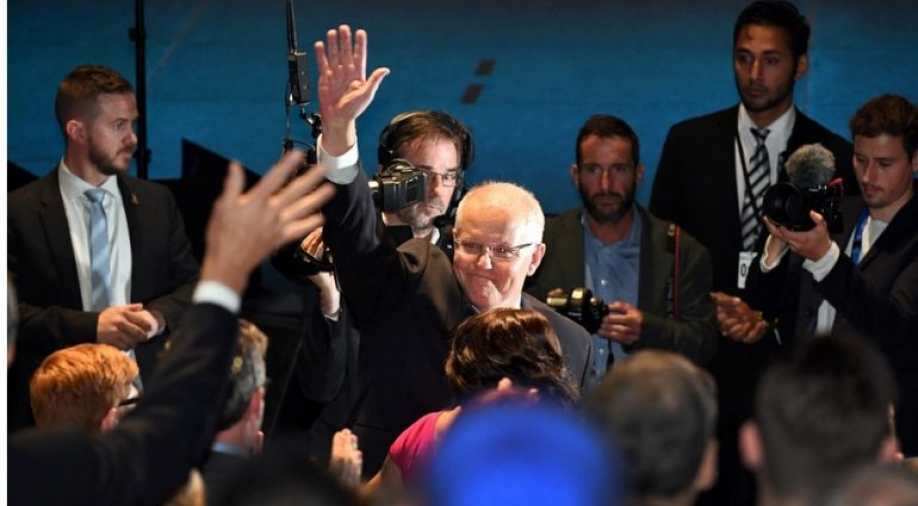 Opinion polls show Morrison trailing Labor as voters turn on his coalition government after six years of tumultuous rule that has seen two leaders ousted while in office, although polls narrowed during the campaign.

Australians go to the polls on Saturday in a contest to determine whether conservative Prime Minister Scott Morrison can maintain his shaky grip on power or whether the centre-left Labor party will return to office after six years in opposition.

Opinion polls show Morrison trailing Labor as voters turn on his coalition government after six years of tumultuous rule that has seen two leaders ousted while in office, although polls narrowed during the campaign.

The winner will need to claim at least 76 seats in the 151-seat lower House of Representatives.

Below are several prominent contests.

Former prime minister Tony Abbott is struggling to retain the affluent seat in Sydney he has held for 25 years. Polls show Abbott is in a close battle with independent Zali Steggall, a former Olympian turned lawyer who has won support with her calls for more action on climate change.

Abbott, who previously called on Australia to abandon its pledge to reduce greenhouse emissions, is widely seen as instrumental in the ousting of former prime minister Malcolm Turnbull last year.

He is one of a handful of prominent conservatives under pressure in traditional blue-ribbon seats. Analysts say a Labor victory is likely at a national level should he lose his seat.

Conservative lawmakers are not the only ones under pressure. Socially moderate Treasurer Josh Frydenberg faces a stiff challenge from an independent, while Health Minister Greg Hunt also faces an uphill battle in southern Victoria state.

Both are struggling amid a wave of frustration in Victoria, home to Australia`s second-largest city, Melbourne.

The opposition Liberal party suffered a heavy defeat to the Labor government in state elections in November, a result seen as a rejection of conservative policies.

Climate change is also pressuring the Nationals, the rural-focused junior partner in the federal Liberal-National coalition government. With a drought wilting crops across Australia`s east, the Nationals have come under pressure over their support of Australia`s coal industry, a major contributor to greenhouse emissions.

This is expected to play out most acutely in Victoria and the western regions of New South Wales state.

Mallee in rural Victoria has long been considered one of the safest coalition seats but several independents are pushing the Nationals after incumbent Andrew Broad was forced to resign over a scandal.

While Morrison`s conservative politics may not be popular in some metropolitan areas of Australia, they are expected to resonate in the northeastern state of Queensland.

Rural voters in Queensland are a critical bloc in several marginal seats. Morrison`s coalition will need to carry seats such as Herbert in Queensland`s north if it is to retain power.

Labor`s Cathy O`Toole won Herbert in 2016 by just 37 votes and, with the coal industry a major employer in the electorate, Morrison`s candidate could win a seat away from the opposition.

WHAT NEXT FOR THE RIGHT?

Whoever wins power faces an anxious few weeks to determine the composition of the upper house Senate, where 76 seats will be contested.

Morrison`s legislative agenda was hampered throughout his short tenure by a hostile Senate, where independents held the balance of power.

Several right-wing candidates are trying to win Senate seats. The nationalist One Nation Party was once the dominant player in a crowded field but its standing has fallen amid a series of scandals.

However, voter frustration with the major parties remains and other right-wing parties are scrambling to step in.