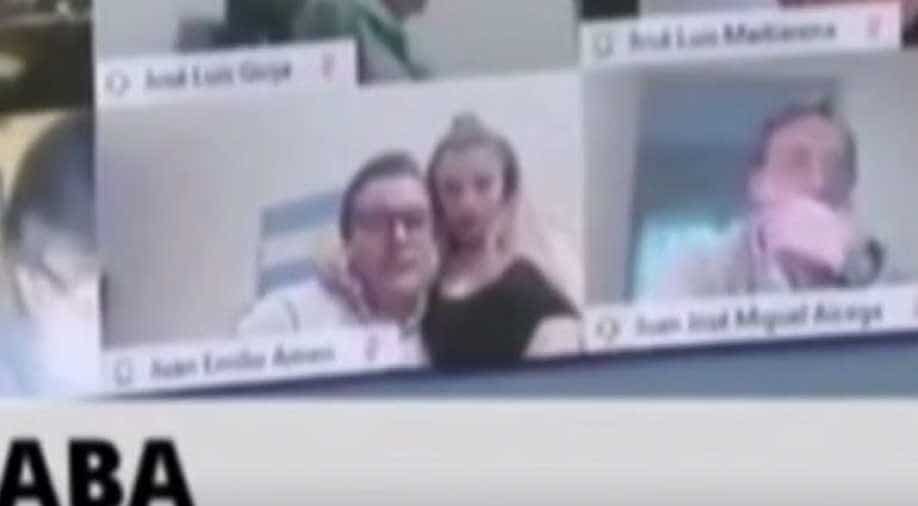 This incident, which happened when another MP was making his address, caused an interruption in the session

An Argentine lawmaker was suspended after a lewd act with his partner was caught on camera during a parliamentary session.

During a parliamentary session being held via video-conference, Juan Emilio Ameri was seen fondling and kissing the breasts of a woman who was sitting on her lap.

This incident, which happened when another MP was making his address, caused an interruption in the session.

The session was later suspended by the speaker Sergio Massa and the entire video vent viral on social media.

"The whole time we have been teleworking these past months we have had several incidents where deputies fell asleep or another hid, but today we had a situation that really overstepped the boundaries of this house," the speaker said.

The lawmaker from the northern province of Salta represents the ruling coalition and following the incident, he was suspended for five days.

Ameri, 47, in an interview to local radio, said his internet connection was poor at the time of the session and he and his partner were unaware that it was being recorded.

My partner came out of the bathroom, and I asked her how her implants were doing and I kissed them because she had surgery ten days ago to have them put in," he said, as quoted by news agency AFP.

Instagram to let users live stream for up to four hours

Want to 'work-from-home' from Cayman Islands? Here's what you need to do