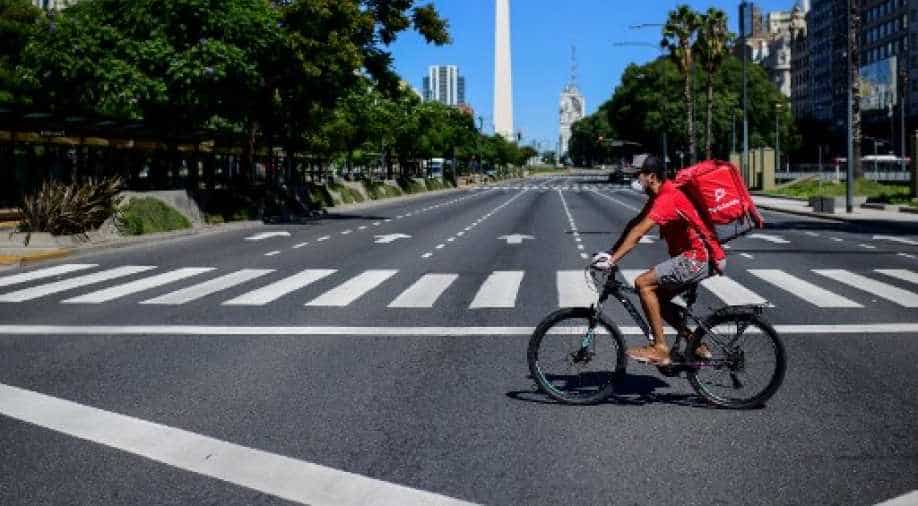 The country had been at an impasse with creditors, which included big-name funds such as BlackRock and Ashmore, over revamping the debt ahead of Tuesday's deadline.

Argentina's government on Tuesday said that it has reached a deal with three major creditors over the restructuring of a $66 billion debt, according to AFP.

The government had given creditors time till August 4 to reach an agreement, although it had previously extended that several times.

Argentina said the deal "will allow members of the creditor groups and such other (bond) holders to support Argentina's debt restructuring proposal and grant Argentina significant debt relief."

That included the Ad Hoc Group, Argentina Creditor Committee and the Exchange Bondholder Group, a trio which had united last month to oppose a previous government offer, sparking a deadlock that threatened to derail an eventual deal.

The ministry said it would extend the deadline for creditors to formally accept the new deal to August 24.

It had been set to expire on Tuesday, according to Reuters.

A major grain producer and once one of the world's wealthiest countries, Argentina fell into its ninth sovereign default in May and is headed for an estimated 12% economic contraction this year on the back of two years of recession.

News of the deal helped lift the government's existing Eurobonds by as much as 3 cents. They had already rallied on Monday in anticipation.

The country had been at an impasse with creditors, which included big-name funds such as BlackRock and Ashmore, over revamping the debt ahead of Tuesday's deadline.

There was no immediate confirmation of an agreement from the creditor groups.