Arab nations hit out at Israel over Jerusalem violence 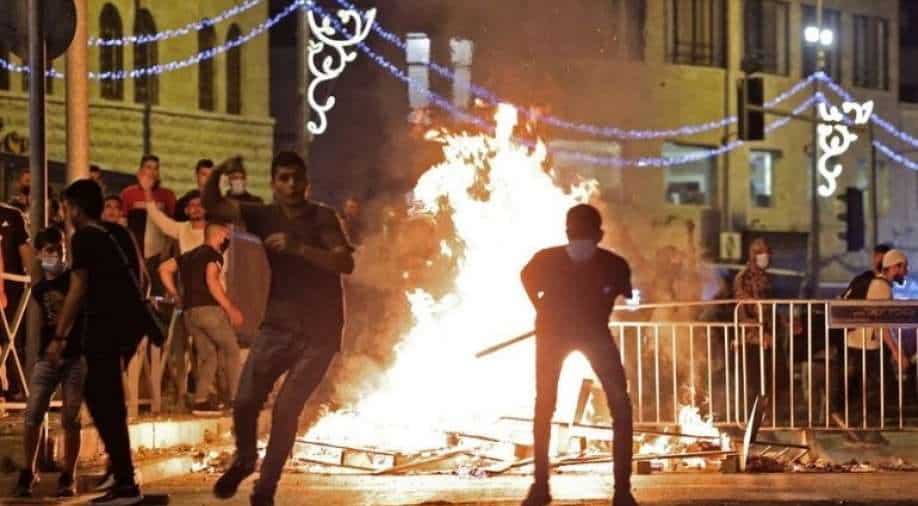 Criticism of Israeli conduct has poured in from Sudan, Morocco, the United Arab Emirates and Bahrain, all nations that last year agreed to normalise, or normalised, relations with the Jewish state

Arab countries, including four that last year agreed to normalise relations with Israel, have condemned a weekend of violence after hundreds of Palestinians were wounded in clashes with Israeli security forces.

The violence around east Jerusalem's revered Al-Aqsa mosque compound and the Old City is the worst since 2017, fuelled by a years-long bid by Jewish settlers to take over Palestinian homes.

Criticism of Israeli conduct has poured in from Sudan, Morocco, the United Arab Emirates and Bahrain, all nations that last year agreed to normalise, or normalised, relations with the Jewish state.

Khartoum labelled Israeli measures in Jerusalem against Palestinians as "repression", and "coercive action" in a foreign ministry statement late Saturday.

It called on the Israeli government "to refrain from taking unilateral steps that diminish the chances for resuming peace negotiations."

The UAE and Bahrain condemned Friday's storming of the Al-Aqsa mosque by Israeli security forces, and the ensuing crackdown on worshippers seeking to access the site.

Abu Dhabi urged Israeli authorities to "take responsibility for de-escalation" of violence at the holy site, while Manama called on the Israeli government "to stop these rejected provocations against the people of Jerusalem."

Saudi Arabia's foreign ministry said it "rejected" Israeli plans to evacuate Palestinian households from Jerusalem, and called for the reinstatement of the pre-1967 borders.

Israel occupied east Jerusalem during the Six-Day War of 1967 and later annexed it, in a move not recognised by most of the international community.