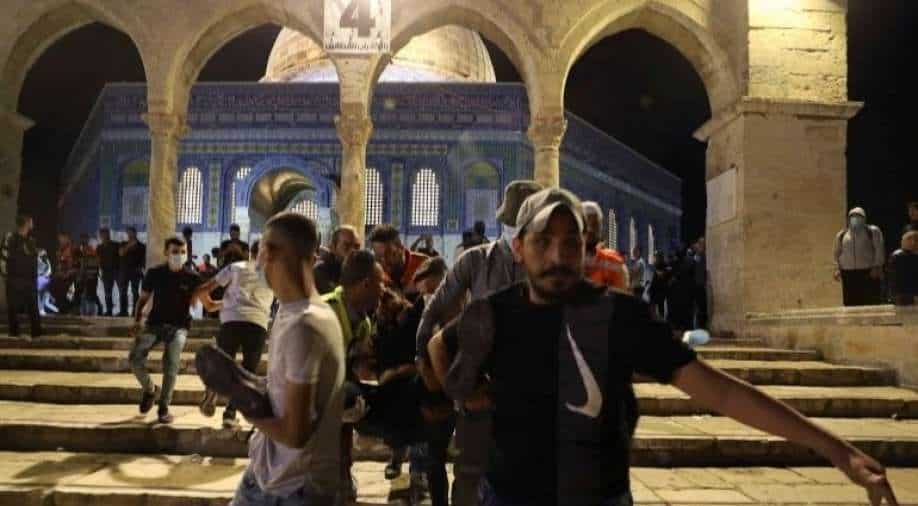 A violent encounter between the Israeli police and Palestinian youth took place in Jerusalem on Friday, leading to more than 170 civilians and six officers getting injured.

The violent encounter took place as a result of growing anger over the possibility of eviction of Palestinians from their homes on land which is being claimed by Jewish settlers.

At least 178 Palestinians and six officers have been reportedly injured in this night-time violent encounter.

After tens of thousands of Palestinians gathered in the hilltop compound surrounding the mosque for their daily prayer, many of them had stayed on to raise their voices against the evictions. However, clashes broke out at the mosque after the evening meal.

“Police must immediately stop firing stun grenades at worshippers, and the youth must calm down and be quiet,” an Aqsa official was heard urging people and police officials to maintain calm.

The police claim it was the Palestinian youth who first attacked the troops. “We will respond with a heavy hand to any violent disturbance, rioting or harm to our officers, and will work to find those responsible and bring them to justice,” a spokesperson said.

Al-Aqsa is believed to be Islam’s third holiest site. However, tensions have been increasing in the area during the holy month of Ramadan. Nightly clashes in East Jerusalem’s Sheikh Jarrah have increased in the past month as the Palestinian families face eviction in a long-running legal case.