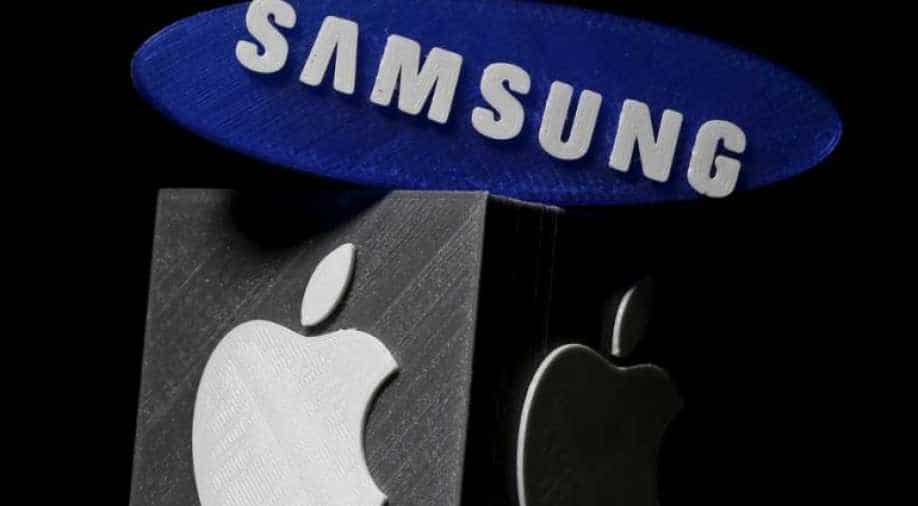 The deal is part of an ongoing strategy shift for Apple, which is facing weak hardware sales in China.

Samsung Electronics Co Ltd said Sunday that it will add an app to its smart televisions in the coming months to let owners watch content bought on Apple Inc's iTunes service, a possible first sign Apple is looking to distribute its forthcoming television service on devices made by others.

The deal is part of an ongoing strategy shift for Apple, which is facing weak hardware sales in China and a saturated global smartphone market where users are hanging on to their old iPhones longer than ever, hammering its biggest business.

As a result, Apple is increasingly leaning on its services segment, which includes businesses such as iCloud storage in addition to its music, television and movie content businesses.

It has announced several high-profile deals for original television content, including a forthcoming show with Oprah Winfrey, but has not yet said how it plans to distribute that content or when its service will launch.

The Samsung deal could be a step toward Apple distributing content to devices made by others. Apple makes a device called Apple TV that connects to a full television set, but has never produced a full set itself.

Under the deal unveiled on Sunday, Samsung will add an app to its televisions that lets users browse and play their existing iTunes movies and television shows as well as purchase or rent new content. Samsung also said it would add Apple's AirPlay 2 software that will allow iPhone owners to stream content from their device to Samsung televisions.

The impact of iTunes landing on Samsung movies will be muted for now. Since late 2017, consumers who purchased movies through iTunes have been able to watch them on any device, including Samsung televisions, that supported the Movies Anywhere consortium.

Films from Warner Bros, Walt Disney, Universal, Sony and Fox purchased through iTunes, Amazon, Google Play and Vudu could be viewed on the respective apps and devices and TVs that support the apps.

The Samsung deal is the second time in recent months in which Apple has made a pact with another technology company to land its services on their devices. In November, it said its Apple Music streaming service would be made available on Amazon's Echo smart speakers, despite Apple selling its own line of HomePod speakers that compete directly with Echo speakers.