Antonio Guterres to be sworn-in as UN Secretary General tomorrow 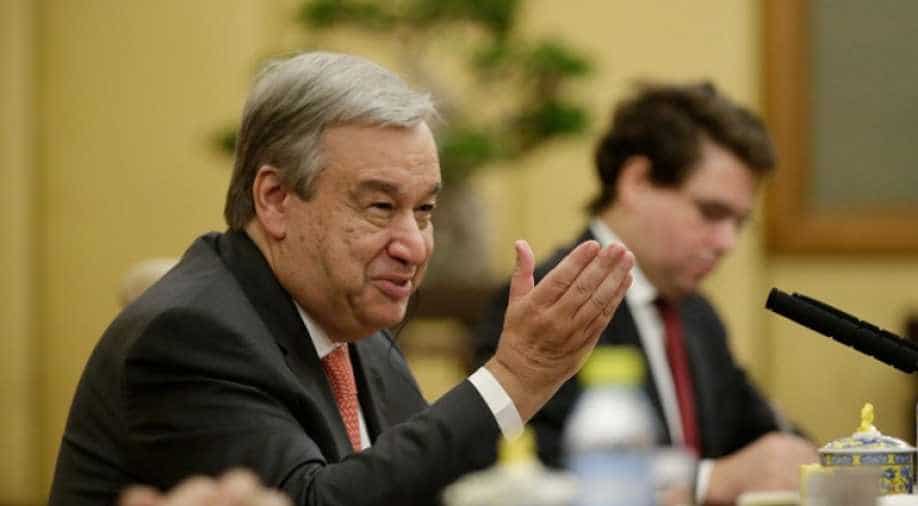 Antonio Guterres, a former Portuguese prime minister, will be sworn in tomorrow as the next UN Secretary General, succeeding Ban Ki-moon as the ninth chief of the 71-year old world body.

Guterres was unanimously appointed by the General Assembly as the successor to Ban, after the 15-nation Security Council had in October decided by acclamation to send his name to the Assembly for final approval.

Ban's second five-year term as the world's top diplomat ends on December 31 and Guterres will assume his new role for a five-year term beginning January 1, 2017. The former Portuguese prime minister and UN High Commissioner for Refugees had remained the front-runner in the election to choose Ban's successor amid growing calls by civil society and several UN member states to elect a woman Secretary General.

During the special plenary meeting, speakers will pay tribute to Ban and after being administered the oath of office the Secretary-General-designate will also address the General Assembly.

Following his election, Guterres had vowed to work as a "convener" and "bridge-builder" to help find solutions to the world's pressing challenges.

He had underscored that human dignity, gender equality and fighting the alliance of violent extremists and expressions of xenophobia will be among his priorities as the world's top diplomat.

"I am fully aware of the challenges the UN faces and the limitations surrounding the Secretary-General," Guterres had said in his first address to the General Assembly following his appointment as the 9th Secretary General of the UN.

He had said the dramatic problems of today's complex world can only inspire a "humble approach - one in which the Secretary-General alone neither has all the answers, nor seeks to impose his views; one in which the Secretary-General makes his good offices available, working as a convener, a mediator, a bridge-builder and an honest broker to help find solutions that benefit everyone involved".