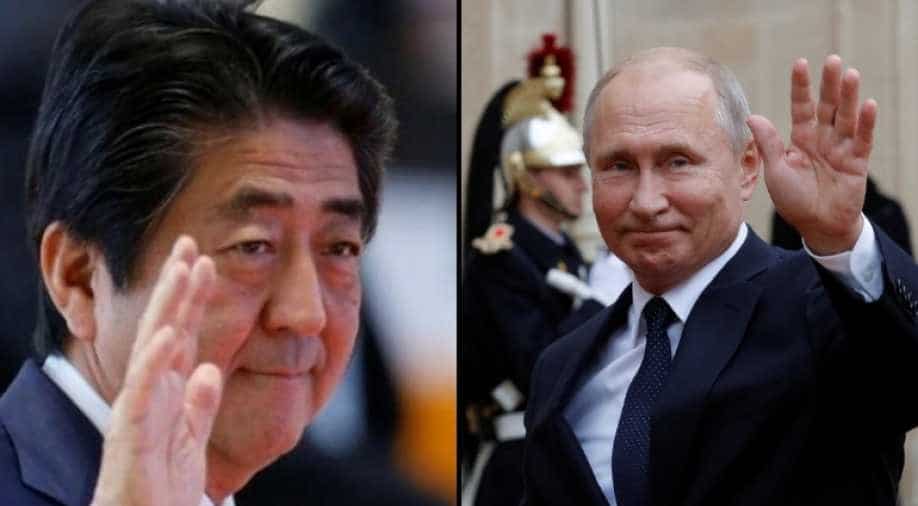 The two countries are still technically at war, with neither side historically prepared to budge on a row over the ownership of the islands seized by Russia in the closing days of the conflict.

Russia and Japan have agreed to accelerate talks to formally end World War II hostilities, using a Soviet-era peace declaration as their starting point and throwing into doubt the fate of four disputed islands.

The two countries are still technically at war, with neither side historically prepared to budge on a row over the ownership of the islands seized by Russia in the closing days of the conflict.

President Vladimir Putin first suggested the two countries sign a peace treaty "without any preconditions" in September but this was coolly received in Japan.

Diplomatic efforts have accelerated in recent months however and, after talks in Singapore Wednesday between Putin and Japanese Prime Minister Shinzo Abe, progress was announced.

"We are ready to work with them."

Japanese foreign ministry spokesman Takeshi Osuga confirmed both sides had agreed to push ahead with talks.

"Both leaders agreed to accelerate the negotiation of a peace treaty on the basis of the Japan USSR joint declaration of 1956," he told reporters on Thursday.

The 1956 declaration restored diplomatic ties but Tokyo and Russia stopped short of signing a formal peace treaty due to the territorial row.

At the time Russia offered to give Japan the two smallest islands in the strategically-located Kuril chain, occupied by Soviet troops at the end of the war in 1945, in exchange for agreeing to a treaty and Moscow keeping the bigger islands.

But this idea was rejected by Japan, which still claims the entire chain.

Some Japanese media interpreted Thursday's announcement as a shift in Tokyo's historical position, meaning that Abe might ultimately be willing to give up some territory in exchange for reaching a deal.

"The government has always kept a policy direction of staying flexible... There is no change to this point."

Historically, Japan insists the islands, which were once inhabited by the Ainu indigenous people, have never belonged to anyone else.

Russia considers them spoils of war as agreed between then US president Franklin Roosevelt and Soviet leader Joseph Stalin in 1945.

Strategically, control of the islands gives Russia year-round access to the Pacific Ocean for its Pacific fleet of warships and submarines based in Vladivostok, as the surrounding water does not freeze in winter.