90 Somalis, 2 Kenyans deported from US without reason 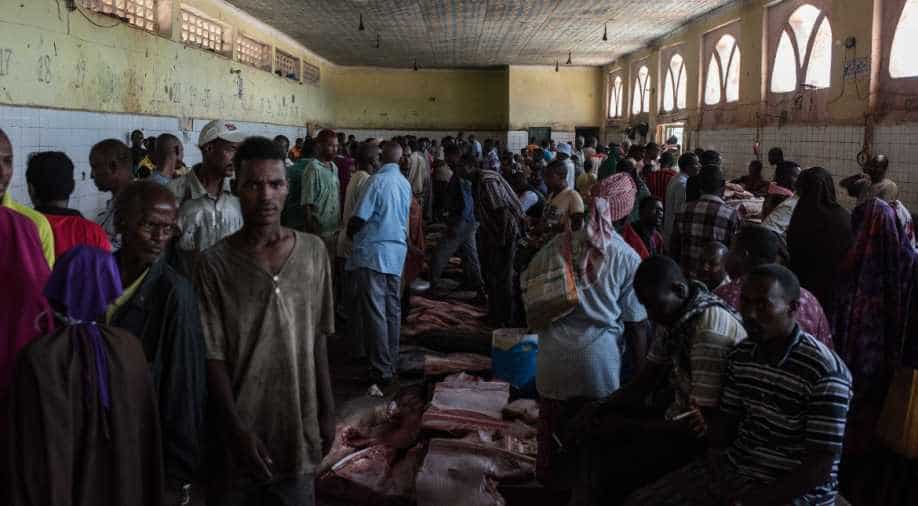 The Somalis were flown to Mogadishu following their arrival in Nairobi. (Representative image) Photograph:( Getty )

Ninety Somalis and two Kenyans landed at the at the Jomo Kenyatta International Airport in Nairobi on Wednesday following deportation from the United States, media reports said.

The deportation was confirmed by Kenyan government spokesman Eric Kiraithe but he did not know why they were expelled.

“I don’t have details of their deportation but it is true there are 90 Somalis and two Kenyans who arrived at JKIA after deportation from the US,” said Kiraithe, Kenya's The Standard reported.

The travellers were accompanied by American security officers, media reported security sources at the airport as saying.

According to a security officer at the airport, American security officers who accompanied the men said the deportation was a result of President Donald Trump's policy, reported The Star.

The Somalis were flown to Mogadishu following their arrival in Nairobi.

US President Donald Trump was expected to sign an executive order on Wednesday that included a temporary ban on most refugees and suspended visas for Syrian citizens and six other West Asian and African countries.

Trump signed an executive order on Thursday for the building of a wall along the Mexican border. Trump's decision is the first in a raft of measures he is expected to take on national security this week. There are talks that he is looking to ban refugees from Muslim-majority countries.

The building of the wall along the Mexican border was the centrepiece of Trump's campaign. It was a clarion call for the people which supported him but earned him censure from people both living in the US and abroad for being "racist".