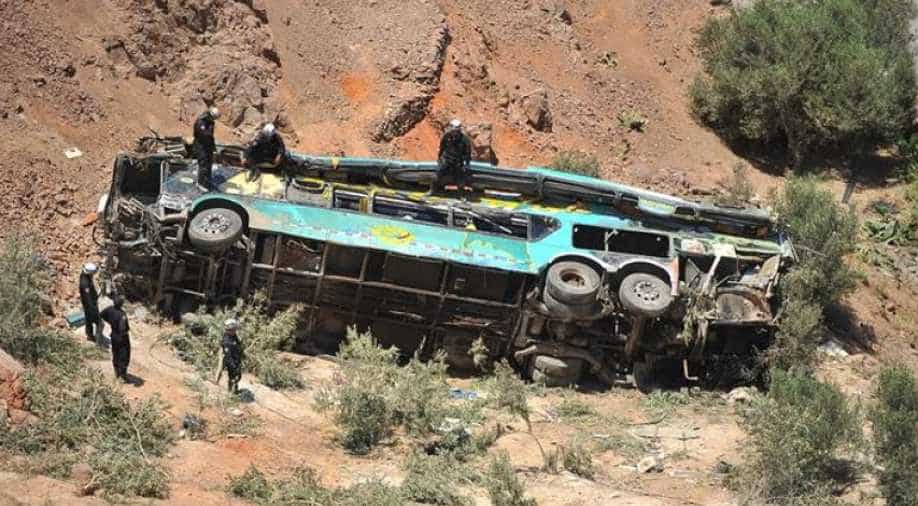 At least 18 people were killed and dozens wounded when a bus travelling in northeastern Thailand veered off the road and smashed into a tree, authorities said Thursday.

The accident occured Wednesday evening in Thailand's Nakhon Ratchasima province with the double decker bus carrying around 50 people returning home from a holiday.

"There are 18 people killed, of these 12 women and six men including one boy," Suthep Ruenthawil, chief of the Nakhon Ratchasima provincial disaster prevention and mitigation unit told AFP.

He added that 28 people are receiving treatment for injuries.

Photos in local media of the accident's aftermath showed part of the bus lying on its side and officials standing beside a row of body bags.

Suthep said the bus driver lost control while the vehicle was going downhill, before it veered off the road and jumped a traffic island then smashed into a large tree.

"The bus was torn into two parts," he said.

Lieutenant Colonel Pornpattana Pisitkarn from the Udomsap police station near where the accident occured said the bus breaks appeared to have failed.

Thailand's roads are some of the most lethal in the world, killing around 24,000 people each year according to the World Health Organization.

More than half of accidents involve motorcycles, bicycles and pedestrians though bus crashes involving tourists and migrant workers are also common.

In November 13 Myanmar nationals were killed when their van collided with a truck in central Thailand and burst into flames.