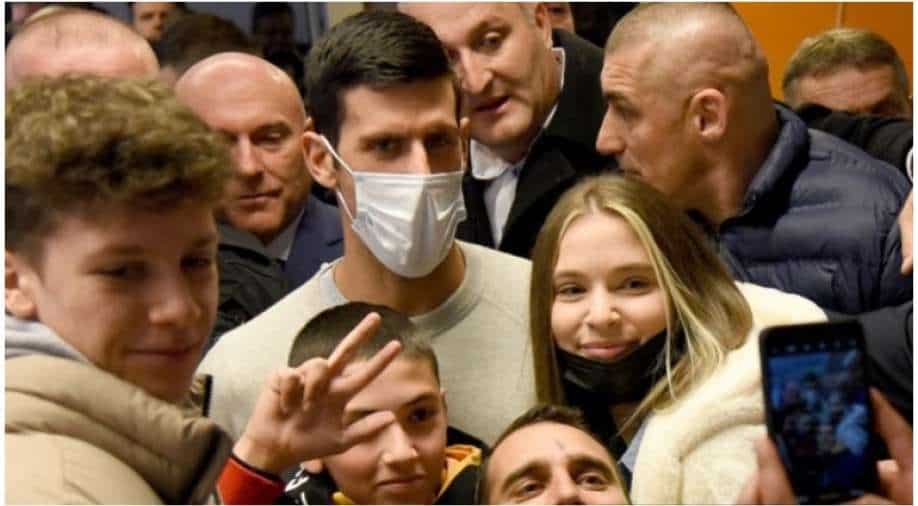 The prosecution acted according to the regulations, checks were performed, and it was determined that Novak Djokovic was tested several times and that the certificates on the test results from December 16, 2021 and December 22, 2021 are valid, the statement said.

Serbia's state prosecutors have rejected suggestions that Novak Djokovic used a fake positive test for COVID-19 to try to enter Australia and compete in the Australian Open.

The prosecution office on Wednesday said in a statement that it had received a request for criminal proceedings against unnamed individuals who allegedly forged two PCR certificates, which were later used by Djokovic to apply for a medical exemption from vaccination when entering Australia.

The prosecution acted according to the regulations, checks were performed, and it was determined that Novak Djokovic was tested several times and that the certificates on the test results from December 16, 2021 and December 22, 2021 are valid, the statement said.

Foreign media, including Der Spiegel and the BBC, have reported discrepancies in the serial numbers of the tests Serbian authorities administered to the top-ranked Djokovic ahead of his trip to Australia, suggesting possible irregularities in the way they were issued.

Djokovic's media team and Serbian health authorities did not respond to requests for comment from The Associated Press. Senior Serbian health officials have previously said that Djokovic's test was valid.

Djokovic was deported from Australia and barred from playing in the Australian Open last month after an 11-day visa saga on the eve of the tournament because he failed to meet Australia's strict COVID-19 vaccination requirements.

To enter Australia, Djokovic submitted a positive COVID-19 test issued in Serbia on Dec. 16 for a visa exemption on the grounds that he had recently recovered from the virus.

The 34-year-old player is not vaccinated and the Australian government later decided to cancel his visa and deport Djokovic, saying his presence in Australia could stir anti-vaccination sentiments.

Djokovic is adored in his native Serbia. Since he returned home, Djokovic was seen visiting churches and attending liturgies in both Serbia and neighboring Montenegro.

On Thursday, Djokovic is set to visit Serbia's populist President Aleksandar Vucic who has been vocal in denouncing the Australian authorities for deporting the tennis star.