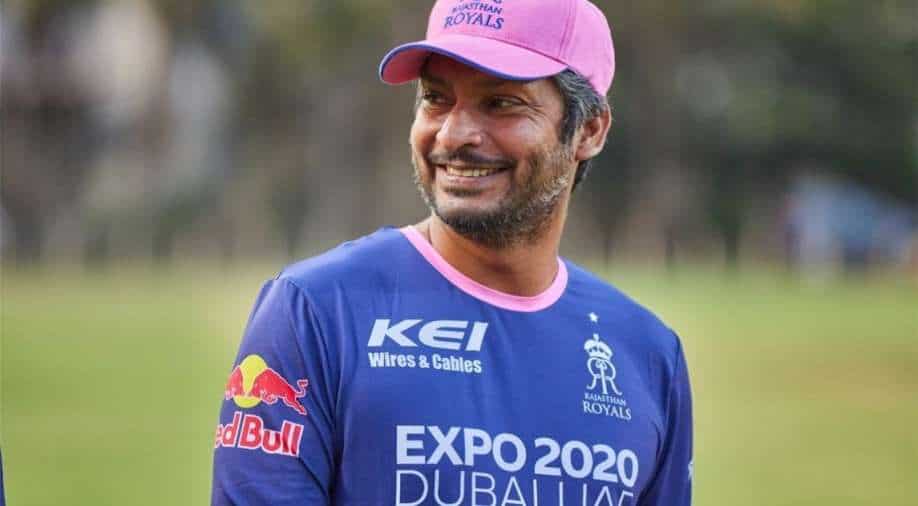 Kumar Sangakkara doesn't believe in blame game as both success and failure are collective in nature, Rajasthan Royals Team Director said after another disappointing performance from his team which seriously dented their IPL play-off hopes.

Royals after the Delhi Capitals game put up another shoddy batting performance that saw Royal Challengers Bangalore cantered to victory. Royals are now seventh in the eight-team table.

ALSO READ | R Ashwin reacts sharply after rumours of him complaining against Virat Kohli, to the BCCI, goes viral

"We don't play the blame game in our franchise. We win together, we lose together. We haven't done well enough, haven't been smart enough with our batting and we all know that. The players know it. So, we'll try to keep things simple, focus on training and how we plan to execute what we've spoken about," Sangakarra said at the post-match media conference.

For Sangakkara, his job is to guide the team rather than putting more burden on them.

"My job is not to add to that but guide them (on) how to deal with it and come up with their best performances," he said.

ALSO READ |  IPL 2021, SRH vs CSK, Live Streaming: When and where to watch Sunrisers Hyderabad vs Chennai Super Kings?

"There's many ways that you manage the highs of wins and disappointments of a loss and be able to keep yourself calm and focus on what needs to be done.

"At times like this, it's very easy to be dejected and break up into little groups where murmurings can start but our group has held together really well," added the Sri Lankan batting great.

The former Sri Lankan wicket-keeper also praised skipper Sanju Samson, saying he will be selected in the national team for a longer run.

"Yeah, we do have one-on-one chats on a lot of things. And when we do talk cricket, India aspirations come at a time when the IPL is over. And our chats are very-much IPL-focused. Not just his (Samson's) batting but about captaincy, about the team and how we are playing," Sangakkara added.

Samson, who has scored 452 runs this season, is the leading run-getter for his franchise.

"He (Samson) is a very good player, a very special player. He has done exceptionally well for us this season. And I am sure that he has aspirations to play for India and, at some point, I think he will be selected for a longer run. He is good and ready at any-time that he is picked,? Sangakkara signed off.