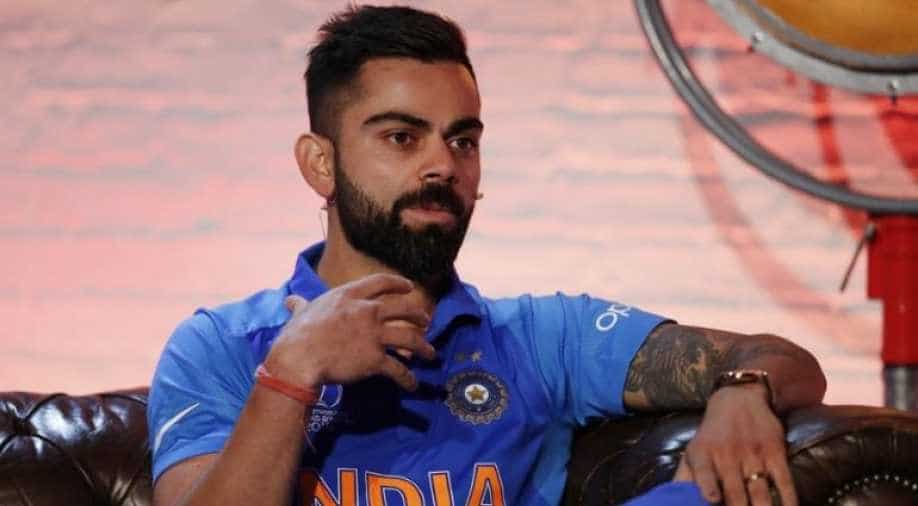 India captain Virat Kohli said on Thursday it was a "big compliment" to be a target wicket for England newcomer Jofra Archer at the upcoming World Cup.

Barbados-born fast bowler Archer, who has impressed in the Indian Premier League, was included in England's 15-man squad for the tournament despite having played just three one-day internationals.

The 24-year-old Sussex quick, capable of bowling at 90 miles-an-hour (145 kmh), celebrated his inclusion by setting his sights on dismissing Kohli, long one of the world's leading batsmen, during the competition.

"I'd quite like to get Virat Kohli out because I wasn't able to in the IPL," Archer, who only qualified for England in March, told Sky Sports.

Kohli, who had been told of Archer's comments at a captains' press conference in London on Thursday, said: "That's news to me, news to Morgs (England skipper Eoin Morgan) as well. I don't really focus on these things.

"I take a lot of pride in performing well for the team and making a big impact on each game I play, so if Jofra said that it's a big compliment as he himself is a world-class bowler."

Kohli added: "And the way he has come through in the IPL over the last couple of years, I have seen him and he's played all around the world and done well so there's a good reason why he's been fast-tracked into playing for England in a tournament like the World Cup.

"I think he's going to be the X-factor because he has all the skill-sets and he's very different from anyone else.

"He can generate a lot of pace, which can be intimidating, and you don't really expect that from his run-up."

England have climbed to the top of the ODI rankings since their humiliating group-stage exit at the 2015 World Cup and are threatening the smash the 500-run barrier, once considered all but impossible in 50 overs.

But Kohli predicted that some World Cup matches would be low-scoring affairs.

"They (England) seem to be obsessed with getting to 500 before anyone else," he said. "They smash it from ball one and for the full 50 overs."

"When you get closer to the knockout phase that is going to bring greater pressure and no-one is going to go gung-ho from ball one," he said.

"Generally teams will find a way but I see pressure playing a massive role."

England launch the World Cup against South Africa at The Oval on May 30.

With all 10 teams playing each other in the group phase, England are scheduled to play India at Edgbaston on June 30.