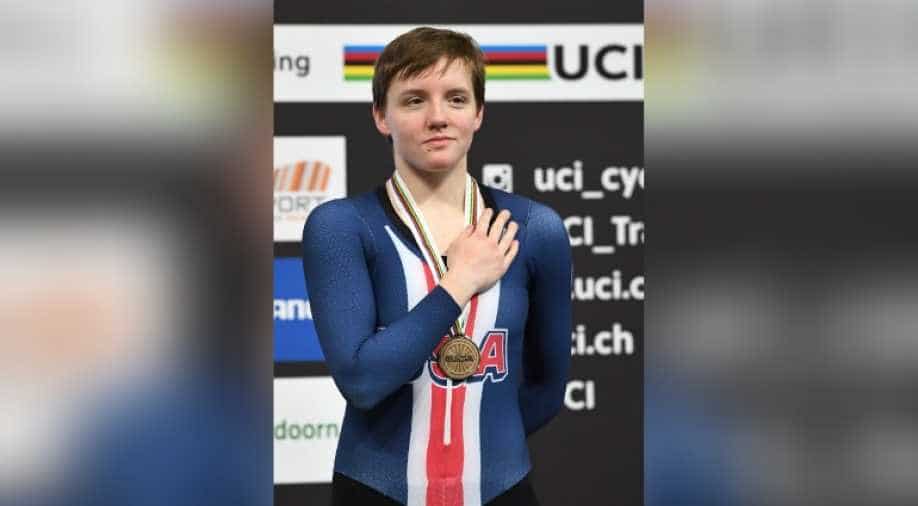 A media report on Sunday said Catlin committed suicide on Thursday night, citing an e-mail from her father Mark and Facebook posting from her brother Colin.

Catlin was part of the US team pursuit squads that captured world titles in 2016, 2017 and 2018 but she withdrew from the American team that failed to defend the title February 27-28 at the 2019 worlds in Poland.

"The US cycling community suffered a devastating loss with the passing of Kelly Catlin," USA Cycling president Rob DeMartini said in a statement.

"Kelly was more than an athlete to us and she will always be part of the USA Cycling family.

"The entire cycling community is mourning this immense loss... We are deeply saddened by Kelly's passing, and we will all miss her dearly."

A report in VeloNews on Sunday said Catlin committed suicide on Thursday night, citing an e-mail from her father Mark and Facebook posting from her brother Colin.

A statement by Stanford University, where Catlin was working on a graduate degree in Computational and Mathematical Engineering, said an unnamed student was found dead in her on-campus residence by her roommate Thursday with no signs of foul play.

Catlin, who also took bronze in individual pursuit at the 2017 and 2018 worlds, was also mourned by her professional team, Rally UHC Cycling.

"The news of Kelly’s passing has hit the team hard," the team said in a Twitter posting. "Losing an incredible person at such a young age is very difficult.

"Kelly was our friend and teammate. Our heartfelt condolences go out to her family and those who were fortunate enough to know her best."