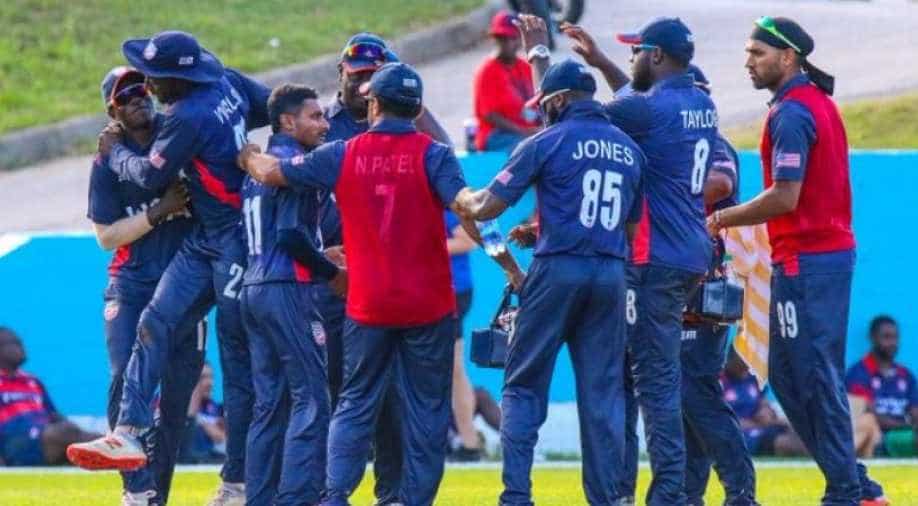 USA have played three ODIs, including two at the 2004 Champions Trophy, and lost all of them

The first one day international in the United States begins on Friday in Florida between the USA and Papua New Guinea, 175 years after USA played cricket's first recognised international against Canada at Manhattan.

The match at Lauderhill's Central Broward Regional Park is part of a tri-series with Namibia, and also a seven-team competition which will reward the top three sides with berths in the final round of qualifiers for the 2023 World Cup in India.

USA have played three ODIs, including two at the 2004 Champions Trophy, and lost all of them.

USA, who played Canada at Manhattan's St George's Cricket Club in what is considered the first ever international cricket match in 1844, were granted ODI status in April and will play nine tri-series over the next two years.

"We are all really looking forward to giving it our best shot at our first ever home ODI series and the first ODI ever to be played in the USA.

"To be part of this is quite something...We hope our efforts will inspire the continued growth and development of cricket in the United States. And to start our journey in our aim to qualify for the ICC men's Cricket World Cup 2023."

In recent times, Lauderhill has hosted West Indies' Twenty20 series against teams such as New Zealand, Bangladesh and India.

Former Australia spinner Shane Warne and India batting great Sachin Tendulkar captained rival teams in a series of three Twenty20 All Star matches in the US in 2015 as part of an attempt to raise cricket’s profile around the globe.