Throwback to Luis Suarez's biting Chiellini in FIFA 2014: 'Anyone got a toothpick, Chiellini stuck in my teeth' 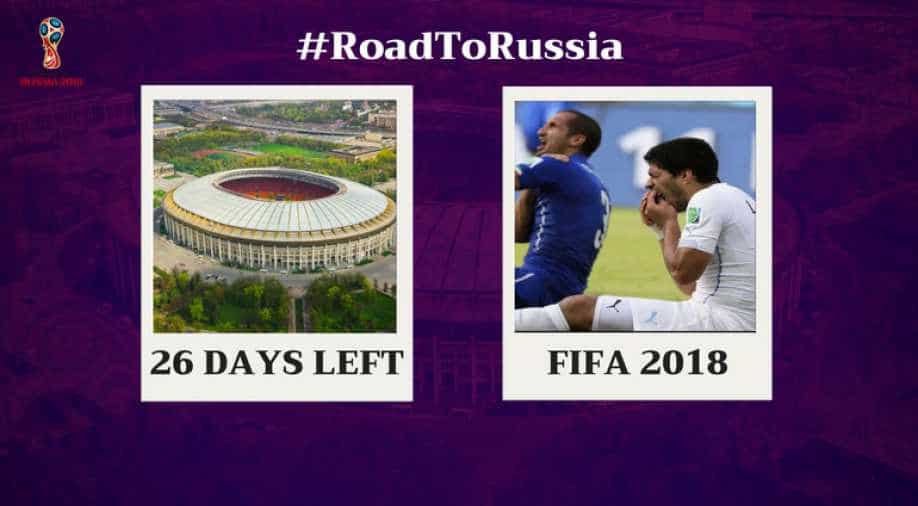 Uruguay forward Luis Suarez took a nibble from Italy's Giorgio Chiellini shoulder and was suspended for four months from all football-related activities and also was handed a nine-match international suspension.

During Uruguay's final group game against Italy, the biting incident happened and became one of the most remembered incidents in the history of FIFA.

The match was eventually won by the South American side 1-0 and Uruguay progressed to the last 16, where they were beaten by Colombia.

This unusual incident was not happened the first time, biting Chiellini was third such instance in which Suarez sunk his teeth into an opponent while playing for Ajax and Liverpool.

Just after the World Cup on 11 July 2014, Suarez was transferred to FC Barcelona on a five-year contract for an undisclosed transfer fee.

Although Suarez thought his hopes of a switch to Catalonia had crumbled as a result of his actions at the World Cup in Brazil.

As the result of the suspension, he was banned from all "football-related activities" including training for Barcelona, for four months. He was also banned from entering any stadium, even as a spectator, during the same period and also missed 2015 Copa America.