'Defeat caused by own mistakes,' says Arsene Wenger after losing to City 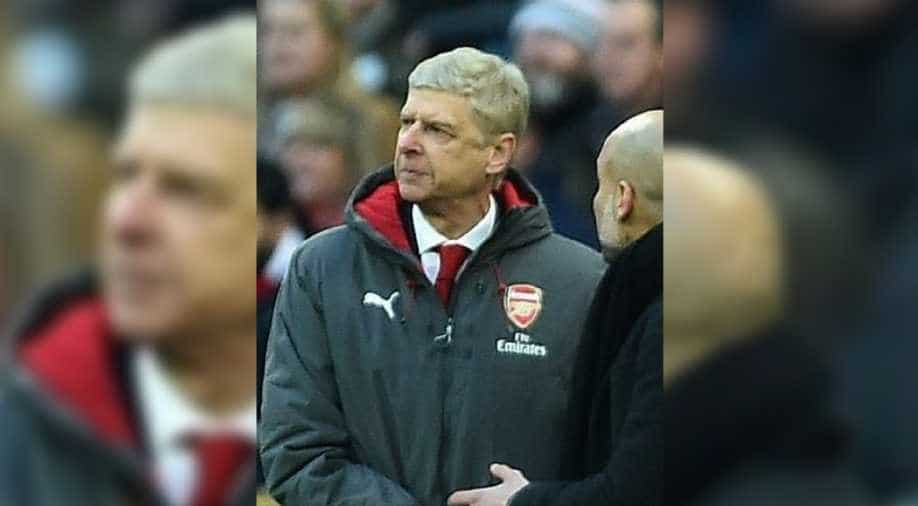 Manchester City won the first trophy of the Pep Guardiola era with three of their veteran players scoring in an emphatic 3-0 win against Arenal at Wembley. Sergio Aguero, Vincent Kompany and David Silva were all on the scoresheet as City lifted the trophy for the fifth time. "We're so happy, and a big congratulations to all of Manchester City, and our fans. This trophy is for Manchester City and not for me," said City coach Guardiola.

Unsurprisingly, the other team, Arsenal was again overshadowed by the voodoo of losing in the finals. No manager has lost more League Cup finals than Arsene Wenger (2007, 2011 and 2018). This was the fourth time when the Gunners lost in a final clash. Arsene Wenger admits Arsenal's Carabao Cup defeat by Manchester City on Sunday was caused by their own mistakes. Last season was Wenger’s worst at the club. This season is shaping up to be even poorer.

In the post-match presentation, Wenger said, "Well done to (Manchester) City. Congratulations to them, they won the trophy, they won the cup and they will go happy home and we will go very disappointed.

"I feel that a little bit everything went against us today and we self-inflicted our punishment because we had an unbelievable chance at nil-nil. We gave them a goal at one-nil," he added.

When Wenger complained about added time, the fourth official replied: 'Why would you want more time?!' ???? pic.twitter.com/7n5VL5HF1a

He also made an astonishing remark on added injury time and said, "Why would you want more time?"