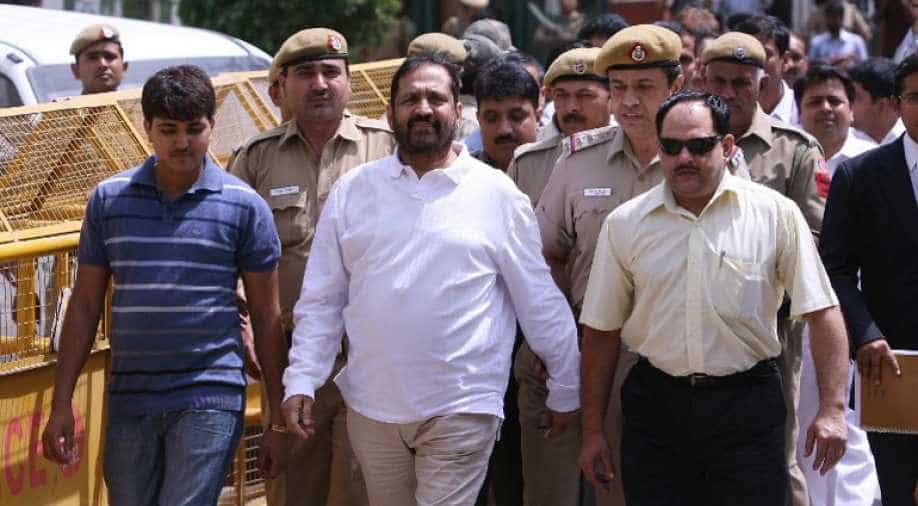 Suresh Kalmadi was appointed as life president of the Indian Olympic Association on Tuesday. Photograph:( AFP )

Former Indian Olympic Association (IOA) president Suresh Kalmadi has declined the post of life president of the IOA amid increasing clamour for his removal on charges of corruption.

"I thank the Indian Olympic Association for conferring the honour of Life President on me. However, I do not feel that it would be appropriate for me to accept this honour at this time," Kalmadi said in a letter addressed to IOA President N Ramachandran, PTI reported.

"I am confident that my name will be cleared and I will defer acceptance of the honour till such time," he added.

Kalmadi along with tainted former IOC president Abhay Singh Chautala were appointed life presidents by the IOA at its Annual General Meeting in Chennai yesterday.

Kalmadi's reported decision to step down came even as the sports ministry issued a showcause notice to the IOA today saying all ties with the sports body would be cut off till Kalmadi and Chautala's appointment was revoked.

Kalmadi's lawyer Hitesh jain told NDTV, "He has taken the decision to step aside. He had no idea that the IOA was going to do this yesterday and has declined any post till his name is clear."

"Time not appropriate to take up the post," he added.

Kalmadi and Chautala's appointment by the IOC yesterday invited criticism, with sports minister Vijay Goel calling for their removal because of charges of corruption.

"This move is against the constitution of IOA and is not acceptable to the Sports Ministry. I am disappointed by the decision because both are facing cases of corruption. We want transparency in sports. Till the time, these two don't resign or are sacked, we will not deal with the IOA," Vijay Goel said.

"As a former Sports Minister and sports enthusiast, the IOA's decision to appoint Kalmadi and Chautala as Life Presidents of IOA is sad and very painful. This decision is not good for sports and India's image," Maken told the press today.

International Hockey Federation president Narinder threatened to resign from the IOA if the decision was not revoked.

"I might be quitting the IOA soon because I can't be associated with something which does not make sense to me in terms of good governance. They should not accept this position till the time their names are cleared," Batra said, breaking ranks with the officials, who voted unanimously for these appointments.

The IOA, meanwhile, defended the appointment today. "Constitutionally it is a legitimate decision," Anandeshwar Pandey, Joint Secretary IOA told NDTV. He also stressed that these were "honorary posts" and that no executive authority would be given to them.

Suresh Kalmadi, a former Congress legislator was IOA president from 1996 to 2011. He was accused of corruption in the 2010 Delhi Commonwealth Games scam and was arrested in 2011. He spent 10 months in prison and is out on bail.

A livid Chautala said he was surprised by Goel's reaction and claimed the case against him was not a criminal but a political one.

"I was surprised by the reaction of sports minister Vijay Goel. He was claiming that there are criminal and corruption cases against me. The case against me is not a criminal case, it is a political case," Chautala said.

Abhay Chautala, a legislator from the Indian National Lok Dal in the Haryana assembly, was IOA president from December 2012 to February 2014.  He has been charged in a disproportionate assets case and is being investigated by the CBI.