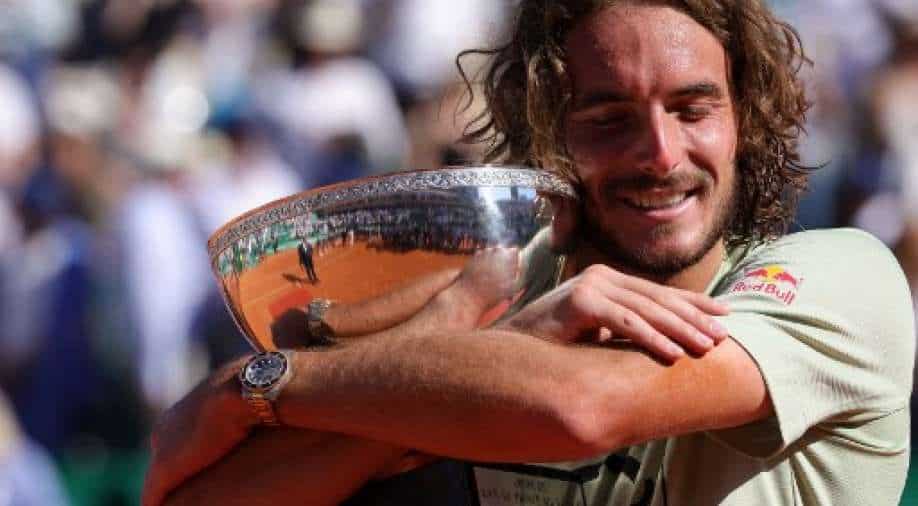 Greek world number five Tsitsipas` second Masters 1000 title comes at the perfect time for the 23-year-old, who is hoping to improve on his runner-up finish at last year`s French Open and claim a maiden Grand Slam title this year.

Greek world number five Tsitsipas` second Masters 1000 title comes at the perfect time for the 23-year-old, who is hoping to improve on his runner-up finish at last year`s French Open and claim a maiden Grand Slam title this year.

Surprise package Davidovich Fokina, who knocked out top-ranked Novak Djokovic and Indian Wells champion Taylor Fritz in the earlier rounds at Monaco, drew first blood by breaking Tsitsipas to take a 2-1 lead in the opening set.

But the world number 46 Spaniard surrendered his serve in the next game, allowing Tsitsipas to take control of the contest again and go a set up in only 31 minutes with a near-flawless display on Court Rainier III.

The pair traded breaks again in a see-sawing second set before Tsitsipas pounced in the tiebreak to secure the victory and his eighth career title when Davidovich Fokina failed to deal with a blistering backhand.

The victory helped Tsitsipas join Rafa Nadal as the only active player to win consecutive titles at Monte Carlo, with the likes of Juan Carlos Ferrero, Thomas Muster, Bjorn Borg and Ilie Nastase also achieving the feat during their playing days.

"Remarkable. I`m very proud of myself. Things didn`t seem to be going well at some points but I managed to stay well-composed and kept believing that I can finish this off," Tsitsipas said in a courtside interview.

"I`m proud of the belief I put into my game... Sometimes you doubt yourself but it`s always important to keep your head high.

"He was a difficult opponent. He fought in moments I didn`t really expect him to. He hits incredible winners out of nowhere and played extremely unpredictable, but I was able to minimise that today... I believe this is a great win against him."

Tsitsipas said later that despite his dominant display in Monaco -- where he dropped only one set against Argentine Diego Schwartzman in the quarter-finals -- his mind was not on Roland Garros beginning on May 22.

"We still have Masters 1000 events (Madrid and Rome next month) until then, so I will concentrate on those before the French Open comes along," Tsitsipas said.