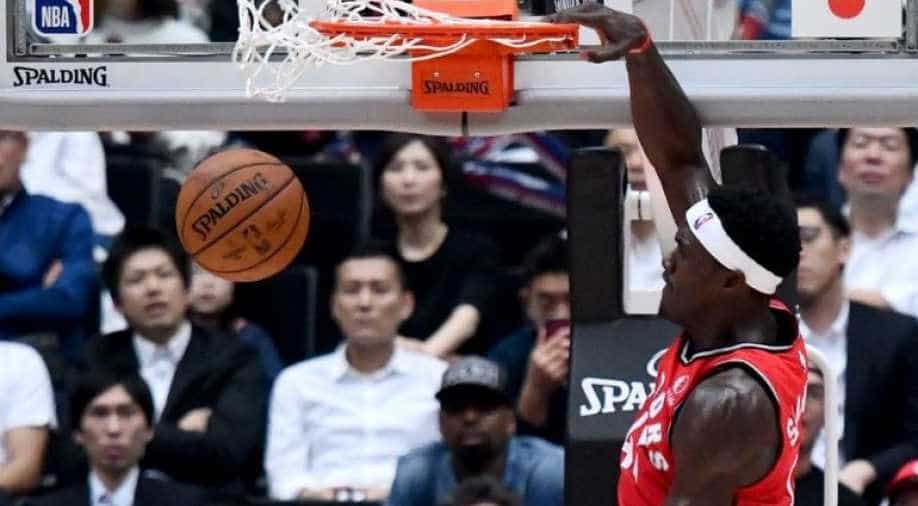 Pascal Siakam also tallied 34 points and added 18 rebounds before fouling out of the NBA's season-opening contest at Scotiabank Arena.

Fred Van Vleet scored a career-high 34 points as the Toronto Raptors got their NBA title defence off to a winning start with a 130-122 overtime win over the New Orleans Pelicans on Tuesday.

Pascal Siakam also tallied 34 points and added 18 rebounds before fouling out of the NBA's season-opening contest at Scotiabank Arena which featured the Raptors' championship banner and ring ceremony.

Both teams were missing some big names as the Raptors began life without Kawhi Leonard and the Pelicans lost Anthony Davis in trade and were missing injured first pick Zion Williamson.

"We had to reach into our bag of tricks," said Raptors coach Nick Nurse.

The game was one of two opening night contests with the Los Angeles Lakers taking the court later against Leonard's new team Los Angeles Clippers.

Prior to the tipoff against the Pelicans, the Raptors presented their players and coaches with their rings and unveiled the 2019 championship banner in the rafters of the arena.

The massive ring features over 80 diamonds including 74 in and around the Toronto skyline logo which represents the club's 74 wins last season.

The Pelicans decided to remain on the floor during the pre-game festivities instead of loosening up in their locker room.

"It was great to see the ceremony," said Pelicans coach Alvin Gentry. "That is what we aspire to be."

Kyle Lowry chipped in 22 points and Serge Ibaka added 13 for Toronto, whose championship pedigree shone through by outscoring the Pelicans 13-5 in overtime. The teams were tied 117-all at the end of regulation.

Nurse blamed their slow start against the Pelicans on the ceremony.

"I thought the energy was an issue," Nurse said. "The emotions of the night took its toll.

"I was super happy it was tied at the half. There was a noticeable lack of energy just in the locker room.

"You just got to take them (wins) in this league when you get them."

Brandon Ingram finished with 22 points to lead the Pelicans.

This marks the end of the Leonard period in Toronto as he left as a free agent to join the Clippers.

That means leadership by committee with the load being distributed amongst Lowry, VanVleet and Siakam, who signed a four-year, $130-million contract extension Monday.

The Raptors are also without another key player from their championship team in Danny Green, who departed as a free agent for the Lakers.