As IPL 2018 heats up, players do their best to cool down 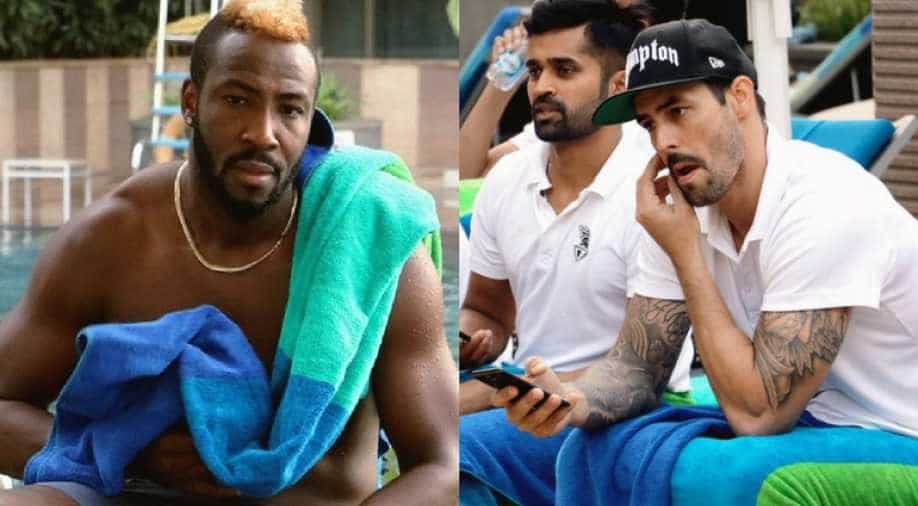 As the eleventh edition of the Indian Premier League (IPL) reached its mid-way mark, some teams are in a commanding position while some are hanging around the play-off spots and some are almost out of the tournament.

MS Dhoni-led Chennai, Williamson-led Hyderabad and Ashwin-led Punjab acquire the top three positions, while Karthik-led Kolkata, Rahane-led Rajasthan and Virat Kohli-led Bengaluru are aiming to make it to the play-off.

Delhi, which yesterday defeated Rajasthan to move two places up to acquire 6th spot, are still in a bit of a worry. Mumbai on the other hand, lost its sixth match, out of eight played, to Bangalore.

They will have to win all their matches to keep their hopes alive.

But, the teams which are stable for now in the cash-rich tournament, are celebrating their position off the field during the breaks between the matches and during all the travelling.

While some star players prefer to beat the heat in their own way.

The Kolkata players were involved in recovery sessions by the pool as they look to spoil Chennai's party and move into the double figures on the points table. So far, Kolkata have won four and lost four matches each in IPL 2018.

Chennai, on the other hand, were seen enjoying their time as they traveled to Kolkata and were having fun at a promotional event. Dhoni was seen chilling on the ground as Chennai prepare to take on Kolkata at the Eden Gardens on Thursday.

The Punjab boys were also involved in the pool sessions while Karun Nair was seen signing. The Universe Boss Chris Gayle on the other hand, was working on his fitness in the gym.

Punjab will next host Mumbai Indians on Friday at Indore.

Meanwhile, the Hyderabad boys were involved in some off-field gaming sessions after defending another low total against Rajasthan.

Siddharth Kaul, Wriddhiman Saha and Sandeep Sharma visited a electronics store, where they can be seen playing games on a PlayStation.

How does the #OrangeArmy handle all the stress from thrilling matches to constant travel? Simple.
They chill in pool courtesy Pool Sessions. Check out what happens in pool recovery sessions. pic.twitter.com/fPwVsixO8h

After that, they too involved in some pool sessions to recover from all the stress.

Virat Kohli's men also had a good time after beating Mumbai at the M. Chinnaswamy on Tuesday.

Prizes are great but none get bigger than the precious 2 points ?❤#PlayBold #RCBvMI #RCB pic.twitter.com/4yrXCDFvhx