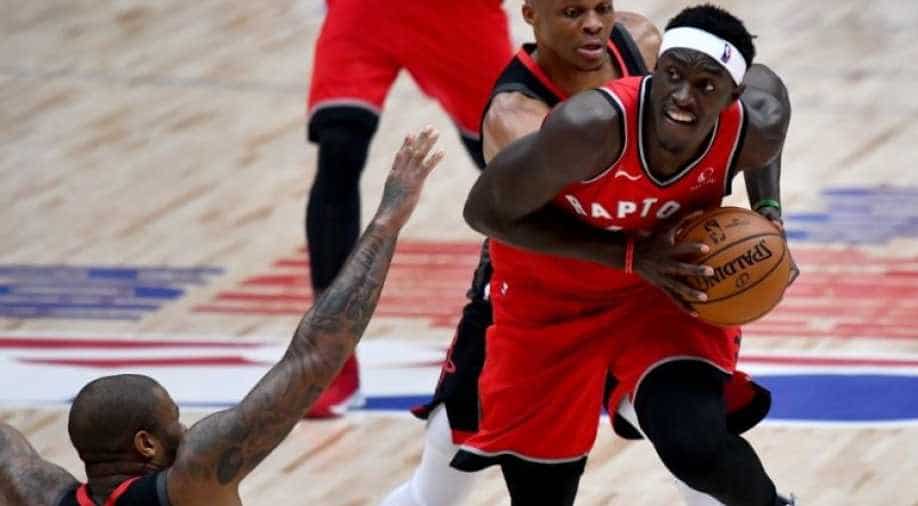 The 25-year-old Cameroonian forward signed the deal ahead of a Monday deadline for such extensions for 2016 draftees, ESPN and the Toronto Star reported.

Pascal Siakam, a major contributor in Toronto's run to the NBA title last season, has signed a four-year maximum rookie contract extension for $130 million, according to multiple reports Saturday.

The 25-year-old Cameroonian forward signed the deal ahead of a Monday deadline for such extensions for 2016 draftees, ESPN and the Toronto Star reported.

Siakam was voted the NBA's Most Improved Player last season as the Raptors, powered by Kawhi Leonard, captured the NBA title, defeating defending champion Golden State in the final.

In the finals opener, Siakam scored a career playoff-high 32 points to lead the Raptors over the Warriors and signal the best-of-seven series upset to come.

Siakam, who only began playing basketball at age 16 in Africa, averaged 19.8 points, 7.5 rebounds and 3.7 assists a game for the Raptors last season.

With Leonard leaving for the Los Angeles Clippers, Siakam is expected to play a major role for the Raptors over the next few seasons.

The new deal begins after the 2019-20 campaign. Siakam could have signed a five-year deal but opted for fewer years.