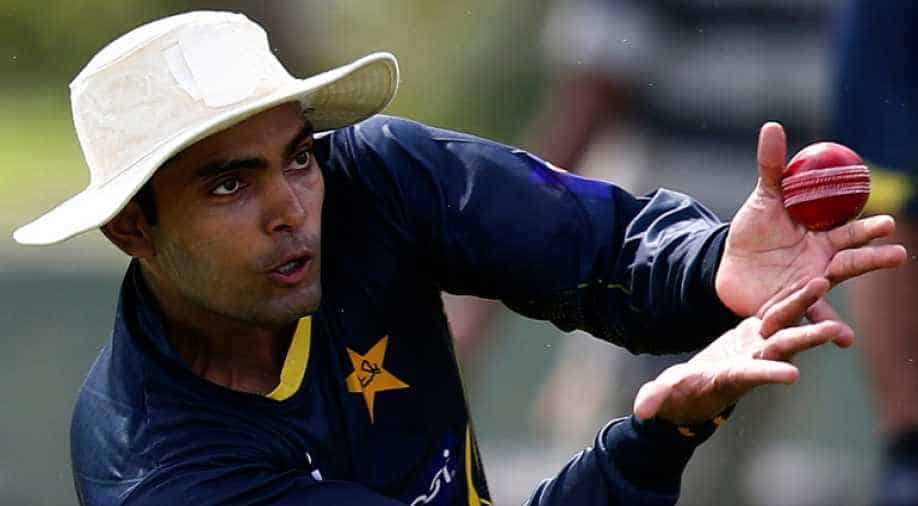 Akmal was sent home from Pakistan's 2017 Champions Trophy squad in England for failing fitness tests and followed that up with a public outburst against head coach Mickey Arthur.

Pakistan batsman Umar Akmal has courted controversy again, despite only recently being brought back to the international fold following a two-year absence, after breaching a team curfew ahead of the fifth one-dayer against Australia.

Akmal was sent home from Pakistan's 2017 Champions Trophy squad in England for failing fitness tests and followed that up with a public outburst against head coach Mickey Arthur.

He was recalled for the first time since that spat for Pakistan's five-match series against Australia in the United Arab Emirates.

The Pakistan Cricket Board said the 28-year-old had been fined 20 per cent of his match fee and received an official reprimand for a late night-out ahead of Sunday's fifth ODI against Australia in Dubai.

The cricketer pleaded guilty to the charge, apologised and accepted the sanction, the PCB added.

"I am glad that Umar has realised his mistake, and has accepted and apologised for his actions, which were clearly unprofessional and in no way can be ignored or overlooked," PCB managing director Wasim Khan said in a statement.

"The PCB expects a high level of professionalism and commitment from its players, and this action is a reiteration and timely reminder that any indiscipline shall not be tolerated or accepted."

Akmal made his debut as a 19-year-old in 2009 in a Test against New Zealand. Once considered the future of Pakistan's batting, he played the last of his 16 matches in the longest format in 2011.

He was part of the playing side in all five matches in the UAE and totalled 150 runs during the series, which Australia won 5-0.