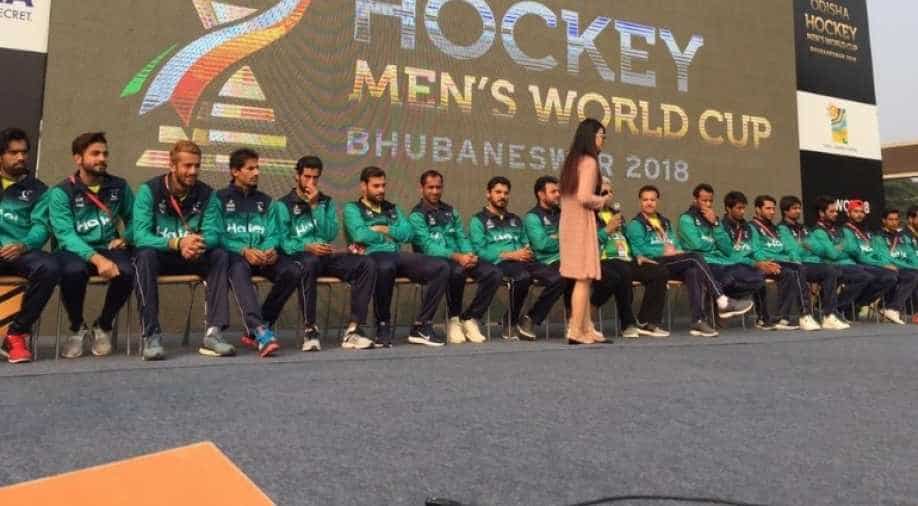 And they have a specific choice too but there's only one show in the morning.

Pakistan hockey team currently in the city for the Hockey World Cup won't mind if they could sneak out for a late night Bollywood movie to kill the monotony of shuttling between stadium and hotel.

And they have a specific choice too but there's only one show in the morning.

"There were attempts made to lure us into watching Rajnikath's science fiction 2.0 but our boys are keen on watching Badhai Ho. But there is only one show in the morning," lamented former captain Rehan Butt, who is now an assistant coach.

Badhai Ho starring Ayushmann Khurrana and Neena Gupta, one of the big hits of the year is a story about an elderly couple having a child and their adult sons' take on their conjugal life.

While players and teams from other participating nations can venture out as and when they wish, individual outings are a big 'No' for the Pakistani players.

They are allowed to visit places in groups only and have to mandatorily inform the security a day in advance.

"We inform our security in-charge about our interest. He conveys the message and the security secures the area. They don't close the place for others, but make sure security is in place. The best part is that when people realise it is the Pakistan team, they cheer us wholeheartedly," Butt said.

The Pakistan team has been provided with a three-layer security cover once they landed in the city, unlike other countries. The security layer is wider and more so because of what had happened during the 2014 Champions Trophy.

After beating India in the semifinals, the Pakistanis had upset the crowd by making obscene gestures towards them.

But Butt said his experience in India has always been a pleasant one.

"My experience in India has always been very good because I have visited this place regularly for hockey leagues and India-Pakistan series. As far as travelling with the national team is concerned, we have enjoyed the love of the people of Bhubaneshwar. The security also has been foolproof in arranging safe trips to places of our interest," Butt said.

According to Butt, the security here is lot more lenient than what it was in New Delhi during 2010 the Commonwealth Games.

"There was a lot more restrictions back then. Delhi, of course, is different from Bhubaneshwar," he signed off.