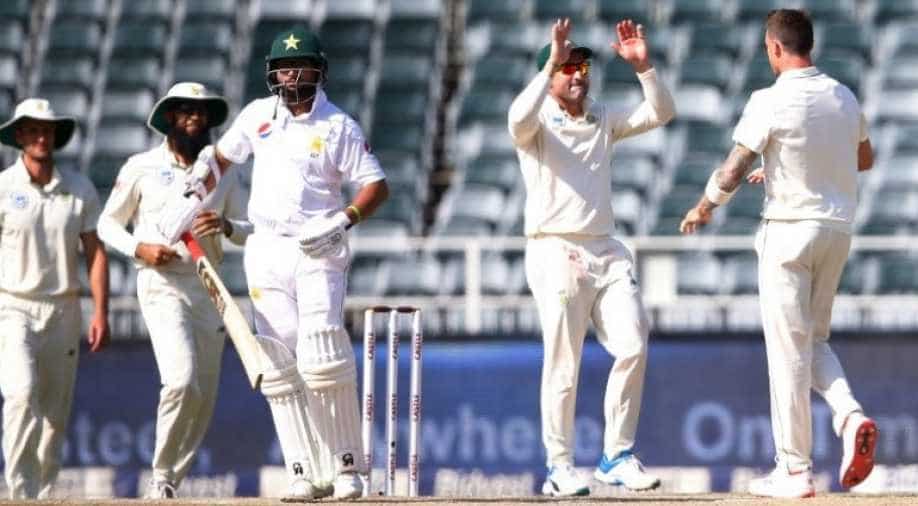 The 'Men in Green' are still 228 runs short of a daunting winning target.

South Africa need seven more wickets to clinch the third test and the series after Pakistan were 153 for the loss of three wickets at stumps on Sunday.

The 'Men in Green' are still 228 runs short of a daunting winning target.

For the Proteas, Dale Steyn claimed two wickets and Duane Olivier the other for his 22nd of the series as South Africa removed the top order after Pakistan had made a solid start with a 67-run opening wicket partnership.

Pakistan had been set a target of 381 to win after bowling their hosts out for 303 before tea on the third day of the test in Johannesburg.

They will resume on Monday with Asad Shafiq not out on 48 and Babar Azam on 17.

Meanwhile, Quinton de Kock hit the highest score of the series to put South Africa in a position for a third successive test win.

He scored 129 off 138 balls for only the second century of the series, following Faf du Plessis’ 103 in the second test in Cape Town last week.