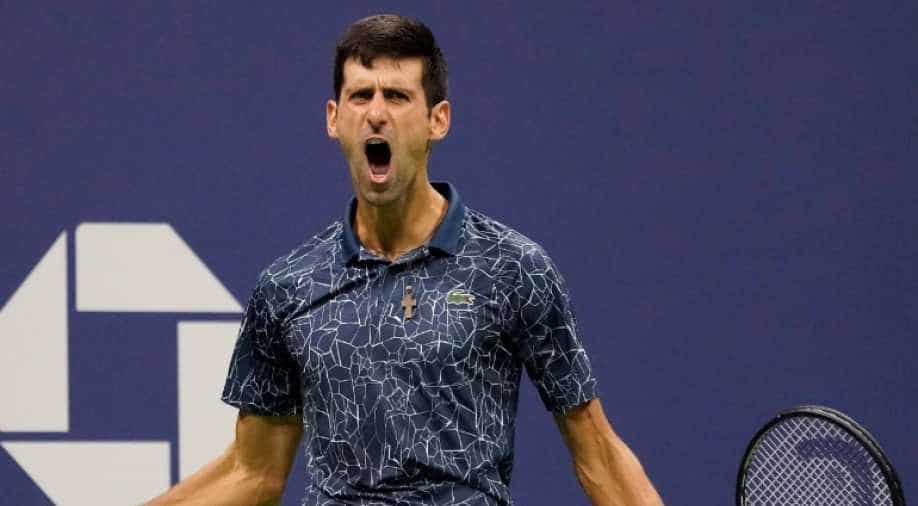 Anderson received a code violation for an audible obscenity but it was hard to blame him for losing his cool as Djokovic continued to turn the screw.

The world number one was immaculate from start to finish against the 32-year-old as he put himself within touching distance of a record-equalling sixth title at the year-ender.

He offered up a mere 14 unforced errors and not a single break point as he again proved too good for Anderson, who he beat to win Wimbledon this year.

"I think it was the best match I've played so far this week -- it came at the right time," Djokovic, who has been almost unstoppable in the second half of the year, said.

"Kevin has been playing great tennis this week. He lost his serve in the first game which was big because he relies so much on his serve. I tried to win as many points on his second serve as possible. It worked very well.

Djokovic found his range immediately and the writing was on the wall for Anderson when he dropped serve in the opening game.

Anderson, the first South African to reach the semi-finals in the tournament's 48-year history, simply had no answer to the relentless accuracy of Djokovic's groundstrokes and had to save two break points in his next service game.

Breezing through his own service games - he is yet to be broken this week - Djokovic was able to exert maximum pressure on Anderson's delivery and his opponent buckled to drop serve again as Djokovic pocketed a one-sided opener.

There was no let-up at the start of the second set for Anderson as he double-faulted to go 0-40 in his opening service game, Djokovic duly breaking again as the world number six dumped a forehand into the net.

Anderson received a code violation for an audible obscenity but it was hard to blame him for losing his cool as Djokovic continued to turn the screw.

Breaks were arriving with the frequency of London buses for the Serb and a rasping crosscourt forehand gave him another one as he romped into a 5-1 lead.

Anderson nicked one game back but it was a hopeless task and Djokovic put him out of his misery with a netcord on matchpoint to claim a 35th win in his last 37 matches -- a run including the Wimbledon and U.S. Open titles to swell his collection of Grand Slam titles to 14.

Not bad for a man who began the year plagued with an elbow injury that needed surgery and who slumped to 22nd in the ATP rankings as recently as June.

Should he win against the 21-year-old Zverev, who he beat convincingly in the round-robin stage here, the 31-year-old will become the oldest player to claim the title.