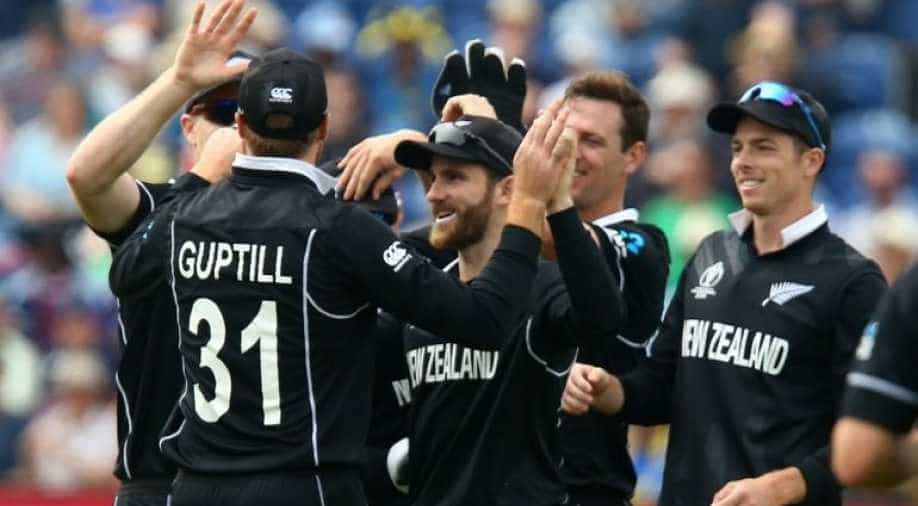 New Zealand qualified for the World Cup semi-finals on Friday when Pakistan could no longer better their net run-rate in their final group game against Bangladesh.

Sarfaraz Ahmed's team needed to smash the world record for margin of victory in a one-day international but after winning the toss at Lord's they failed to muster enough runs to give them a chance.

Their total of 315 for nine meant that Bangladesh needed only eight runs to end Pakistan's hopes of progress at the tournament and they reached that in the second over.

Pakistan, backed by thousands of passionate flag-waving fans, started curiously slowly in the London sunshine, crawling to 38-1 after 10 overs.

Imam-ul-Haq and Babar Azam eventually stepped on the gas, reaching their 150 partnership for the second wicket off 146 balls.

But Babar was out shortly afterwards for an impressive 96 off 98 deliveries.

Babar had batted beautifully, hitting 11 fours as he and Imam laid the foundation for a late-innings flourish.

But in another huge blow for Pakistan, Imam was next to go when he trod on his stumps after scoring exactly 100, to leave them 246-3 in the 42nd over, with Mohammad Hafeez departing in the next over.

A late flourish from Imad Wasim, who scored 43 runs from 26 balls, boosted the score but Pakistan lacked the muscle to take the game away from Bangladesh.

"It feels great when you do something good for the team but we have to win the match, that's the main thing," Imam said.

Imam admitted Pakistan took a realistic approach to the match, and were not aiming for 400.

"We have to be realistic and assess the conditions," he said. "They are a good side and they were bowling tight lines -- it was our plan to look for 300 or 320."

Bangladesh lost Soumya Sarkar for 22 early in their reply and Tamim Iqbal was the next to go, leaving them 48-2 in the 11th over.

Pakistan were shot out for a paltry 105 in their first match, with the West Indies winning in just 13.4 overs, meaning they took a huge hit on run rate.

They won just one of their first five matches, coming back strongly to beat South Africa, New Zealand and Afghanistan to sit fifth in the 10-team table, but in the end left themselves too much to do.