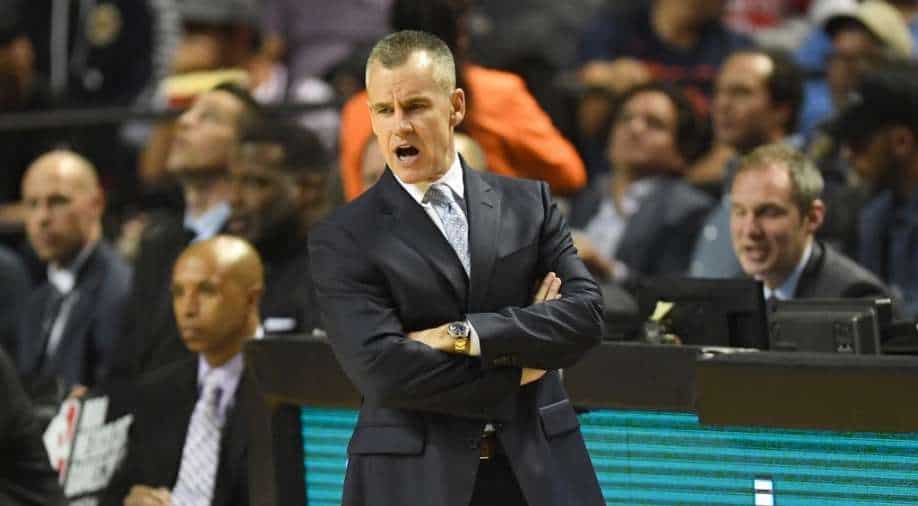 Nine teams hired new head coach since the conclusion of their 2019-20 seasons. Four of those teams will be led by a first-time NBA head coach.

Nine teams hired new head coach since the conclusion of their 2019-20 seasons. Four of those teams will be led by a first-time NBA head coach.

NATE BJORKGREN, INDIANA PACERS: Bjorkgren is one of two former NBA G League head coaches to be named a first-time NBA head coach during the 2020 offseason (along with the Oklahoma City Thunder’s Mark Daigneault). Bjorkgren compiled a 126-74 record (.630) with four different franchises across four years as an NBA G League head coach. His NBA experience includes assistant coaching positions with the Toronto Raptors and Phoenix Suns. Bjorkgren was an assistant coach on the Raptors’ 2018-19 NBA championship team.

MARK DAIGNEAULT, OKLAHOMA CITY THUNDER: Daigneault has been promoted to head coach after spending last season as an assistant coach with Oklahoma City. He joined the Thunder organization in 2014 as head coach of its NBA G League affiliate, the Oklahoma City Blue, where he amassed a 143-107 record (.572) in five seasons and made four playoff appearances. He guided the Blue to a franchise-record 34 wins in 2018-19.

ALSO READ: Top players back in action in NBA as fresh season awaits

BILLY DONOVAN, CHICAGO BULLS: Donovan spent the previous five seasons as head coach of the Oklahoma City Thunder, guiding the Thunder to a record of 243-157 (.608) and five consecutive playoff appearances. Last season, he was an NBA Coach of the Year finalist with a revamped Thunder roster. Donovan came to the NBA after a successful 19-year stint as head coach of the University of Florida, including back-to-back national titles in 2006 and 2007.

TYRONN LUE, LA CLIPPERS: Lue, a former NBA guard, served as an assistant coach with the Clippers last season after working as the Cleveland Cavaliers’ head coach over four seasons. He led the Cavaliers to three consecutive NBA Finals appearances, including the franchise’s first NBA championship when Cleveland rallied from a 3-1 series deficit to defeat the Golden State Warriors in the 2016 Finals during his first season as an NBA head coach.

DOC RIVERS, PHILADELPHIA 76ERS: Rivers joins Philadelphia after posting a .631 winning percentage in seven seasons as head coach of the LA Clippers, who had five of the franchise’s six best regular-season records under his direction. He has 21 years of experience as an NBA head coach, including stints with the Orlando Magic, where he was named the 1999-2000 NBA Coach of the Year, and the Boston Celtics, where he won the 2007-08 NBA championship. With 943 regular-season victories, Rivers ranks 11th on the NBA’s all-time coaching wins list.

STEPHEN SILAS, HOUSTON ROCKETS: Silas is entering his first season as an NBA head coach after spending 19 years as an NBA assistant coach, most recently working two seasons under Rick Carlisle with the Dallas Mavericks. He is the son of Paul Silas, a former longtime NBA head coach and two-time NBA All-Star as a player. A former basketball player at Brown University, Stephen also spent three years as the assistant executive director of the National Basketball Retired Players Association.

TOM THIBODEAU, NEW YORK KNICKS: Thibodeau returns to New York, where he served as an assistant coach from 1996-2003. He holds a career regular-season coaching record of 352-246 (.589) over eight seasons with the Chicago Bulls and Minnesota Timberwolves. Thibodeau was named the NBA Coach of the Year for the 2010-11 season, when he led Chicago to a league-best 62-20 record in his first season as an NBA head coach.

STAN VAN GUNDY, NEW ORLEANS PELICANS: Van Gundy is set to coach his fourth NBA team after previous stints with the Miami Heat, Orlando Magic and Detroit Pistons. In 11 full seasons as an NBA head coach, Van Gundy has reached the playoffs eight times, highlighted by an NBA Finals appearance with Orlando in 2008-09. Van Gundy has a career regular-season record of 523-384 (.577), making him one of five 2020-21 head coaches to record at least 500 victories.