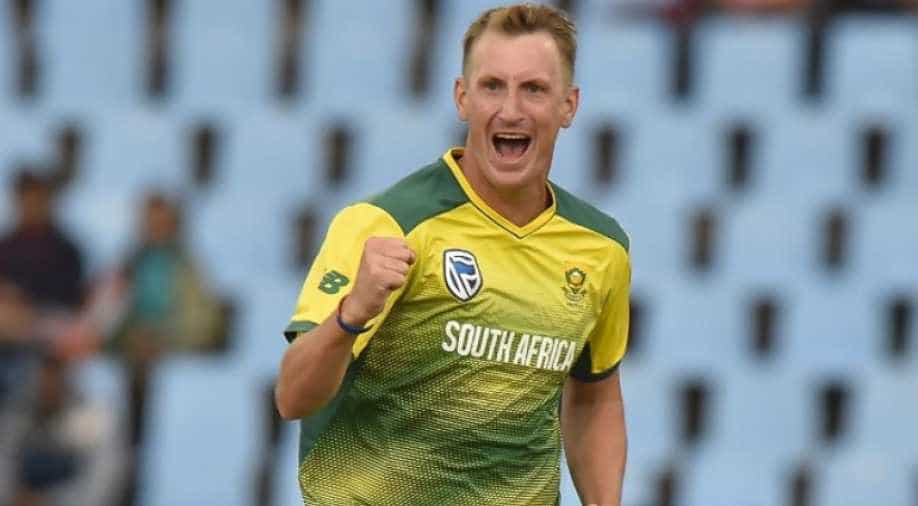 Cricket multi-millionaire Chris Morris said on Thursday he wants to follow in his father's footsteps by playing for the South African province that dad Willie represented for 12 seasons.

Cricket multi-millionaire Chris Morris has said that he wants to follow in his father's footsteps by playing for the South African province that dad Willie represented for 12 seasons.

Morris, 33, will play for the Rajasthan Royals in the 2021 Indian Premier League after the franchise bought him for US$2.2-million, an IPL auction record.

His projected fee will take him past $8-million in earnings from the IPL alone.

It is a different cricketing world from that in which Willie Morris played for what was then known as Northern Transvaal between 1979/80 and 1991/92.

Willie played in an era when cricket in South Africa was taking its first tentative steps towards professionalism.

"Cricketers still needed to have full-time jobs and would go to net practice after a long day in the office," said Chris.

Northern Transvaal had an unusual payment scheme, according to Lee Barnard, who captained Willie Morris for part of his career.

"Batsmen only got paid if they scored at least 25 runs. More guys got out between 21 and 24 than in the whole history of cricket. Bowlers had to meet targets. One player had such a poor season that he couldn’t even pay his laundry bills."

Chris Morris said that cricket had been his life because of his father.

"I always say I was born with a bat in my hand. He would come back from a long day at work and still have the energy to throw balls at me."

South Africa will be scrapping its current franchise system next season and will return to an interprovincial set-up similar to that in which Willie Morris played.

The only big difference is that the province is now known as Northerns, with the name Transvaal having been dropped after the end of apartheid in South Africa.

"I’m quite excited for the new 15-province thing," said Chris.

"If I get the opportunity to play at Centurion for Northerns and follow in Willie’s footsteps that will be quite cool."

After being released by Royal Challengers Bangalore last year, he wasn't even sure that another franchise would want his brand of aggressive batting, fast bowling and agile fielding.

"I don't think anyone in the cricket fraternity thought cricket would ever pay this well. In the past cricket couldn't set you up for the rest of your life.

"It's the way business is going, the way sport is going, especially in the pandemic.

"I think a lot of people are looking for sport as a way to escape. Sportsmen have a responsibility to provide as much entertainment as we can."

Morris said he looked forward to returning to the Royals, a team he played for 2015. He said earning a big fee would not change his approach to playing.

"The auction is out of our control," he said.

"It's an absolute lottery. At the end of the day I've got to do what I have been doing over the last couple of years.

"There will be a little bit of added pressure, that's natural. But I'm fortunate enough to have been part of this franchise before and I know what I'm getting into.”

The tall all-rounder has also played T20 cricket in Australia’s Big Bash League, South Africa’s Mzansi Super League and for two English counties. Surprisingly, though, his appearances for South Africa in international cricket have been sporadic.

He said during a press conference in Durban, where he is playing in a domestic T20 tournament, that there had been no contact with his home country’s selectors since he was picked as a late replacement for the 2019 Cricket World Cup.

And he remains reticent about whether he would be available to play for South Africa in the T20 World Cup in India later this year.

"That's a difficult question," he said. "If that conversation comes, it comes."