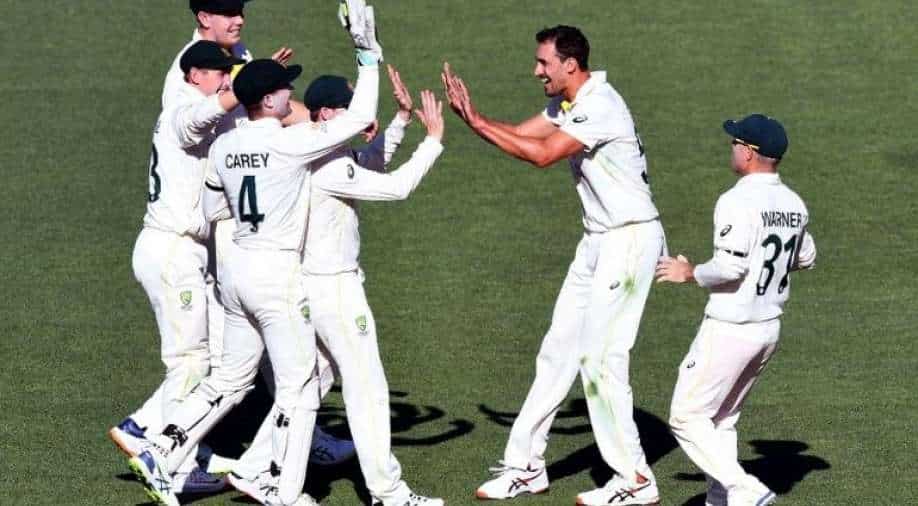 Australia have a perfect record in Day-Night Tests winning all the eight matches they have played so far and they are looking on course for yet another win.

The left-arm Australian pacer Mitchell Starc was the pick of the Australian bowlers as the hosts bowled out England for a 236 in the first innings of the 2nd Ashes Test match played being at Adelaide.

The Aussies took a massive 237-run first innings lead in the Day-Night Test match. Starc made the most of the Pink ball picking up 4 wickets.

Starc gave Australia the first breakthrough dismissing opener Rory Burns in the last session of day-2. He also got the prized scalp of Dawid Malan for 80 who at one point looked on course for a century.

The left-arm pacer was in no mood to stop as he then dismissed wicket-keeper batter Jos Buttler to take his third wicket of the innings and wrapped up the English tail dismissing Stuart Broad to end up with figures of 4 for 37 in his 16 overs and in-process becoming the first bowler in the history of international cricket to pick 50 wickets with the Pink ball in the Day-Night Test match.

Australia have a perfect record in Day-Night Tests winning all the eight matches they have played so far and they are looking on course for yet another win.

Credit to Australia's success with the ball goes to the Pink ball master Starc as he has been their most consistent performer picking up 50 wickets and becoming the first international bowler to do so.