Ashes 2nd Test, Day 3: Hosts in full control after Starc and Lyon wreak havoc to bundle out England for 236 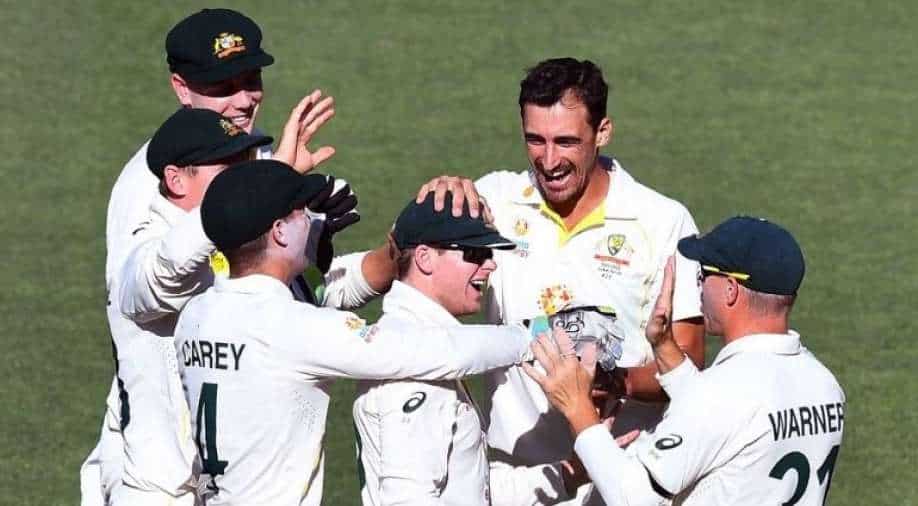 Hosts in full control after Starc and Lyon wreak havoc to bundle out England for 236 Photograph:( AFP )

England were spared the ignominy of the follow-on but Australia appeared on course for victory after dominating day three of the day-night second Ashes test at the Adelaide Oval on Saturday.

Spearheading Australia's pace attack, depleted by the absence of Pat Cummins and Josh Hazlewood, Mitchell Starc combined with spinner Nathan Lyon to bundle out England for 236.

Marcus Harris was batting on 21, having featured in a mix-up that resulted in opening partner David Warner's run out for 13.

Debutant Michael Neser, replacing Cummins who missed out for being a close contact of a positive COVID-19 case, was on two in his nightwatchman's role.

The day had begun so brightly for England with Joe Root and Dawid Malan sharing an unbeaten 138 during the first session but the wheels came off their innings soon after the dinner break.

Cameron Green broke the stand when he had Root, who made 62, caught by Australia stand-in skipper Steve Smith at first slip.

It was a ball Root could have left and the England captain was furious with himself as he walked off after falling short again of his first century in Australia.

It soon got worse for England as Malan, who scored 80, slashed a Starc (4-37) delivery that he should have left with Smith taking that catch too.

Ollie Pope (five) survived a review but squeezed a Lyon (3-58) delivery to Marnus Labuschagne fielding close in and, moments later, Jos Buttler fell for a duck to Starc.

Failure to take more than one wicket in the late night session, considered a pace bowler`s best time in a pink-ball test, only compounded England’s misery after an abject batting display.