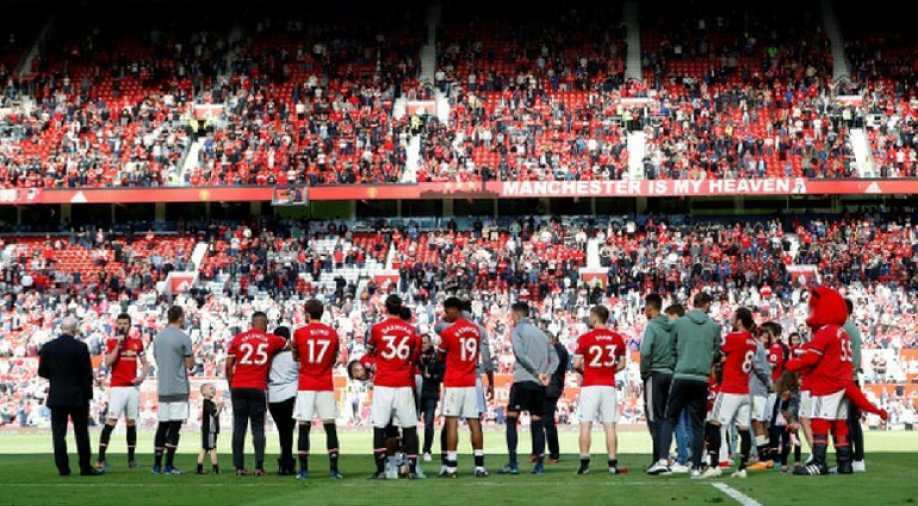 A surprise exit from the Champions League after defeat by Spain's Sevilla failed to dent English soccer club Manchester United's finances in the latest quarter as it stuck to its targets for the current year.

"As another season nears its close, we have achieved our highest number of points and finish since 2012/13 and we look forward to another trip to Wembley," its Executive Vice Chairman Ed Woodward said.

United face Chelsea in the FA Cup final at Wembley on Saturday.

The club's adjusted earnings before interest, tax and depreciation and amortisation for the three months to March 31 rose to 36.1 million pounds ($48.71 million) from 30 million pounds a year ago.

Revenue for the period rose 8.1 percent to 137.5 million pounds.

Manchester United Plc is listed on the New York Stock Exchange and controlled by the American Glazer family.

United have won the English league title a record 20 times but their performance has slipped in the recent seasons. However, finishing second in the English Premier League is enough to guarantee a place in next season's Champions League.

The Champions League, Europe's top club soccer tournament, is widely popular around the globe and garners significant revenue for the participating clubs via pooled TV payments and higher matchday receipts.

For United, matchday revenue in the third quarter rose 6.1 percent to 31.1 million pounds whereas broadcasting revenue came from 26.4 percent higher thanks to extra games in the period.

'I'm not sure...': Djokovic on his injury return to tennis after Australian Open victory

'That hurts me...': Djokovic on his father not present at the Australian Open final