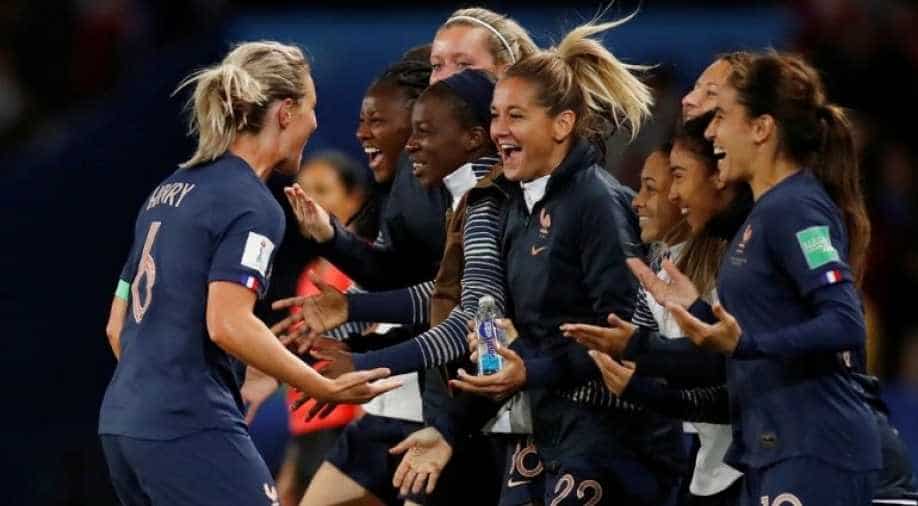 As expected, the Olympique Lyonnais women carried France to a comprehensive 4-0 win against South Korea in their World Cup opening game on Friday, sending a clear warning to their rivals that they are ready to go for the title.

The Lyon players have an extra incentive in the competition as the semi-finals and the final will be played at their Groupama Stadium.

There were seven players of Europe's most decorated club in the starting line-up at the Parc des Princes and they proved way too much to handle for the South Koreans, who found themselves trailing 3-0 at halftime.

Le Sommer clipped the ball into the roof of the net for the opener before towering centre back Renard headed home twice, with captain Henry curling a right-footed effort into the far corner of the net five minutes from time.

Renard, at 1.87 metres tall, is an asset for Les Bleues in set pieces.

"Every time she is in the box, it's almost a certain goal for us," joked team mate Kadi Diani.

"We were dreaming that she would score with a header from one of my corner kicks, and we did just that," added Gaetane Thiney.

The only stain on an otherwise perfect night came when striker Valerie Gauvin sat on the bench after being widely expected to start.

"It's my fault; it is what it is," said Gauvin. "I keep for myself what (coach) Corinne (Diacre) told me. You always learn."

Gauvin said she had been sanctioned for showing up late for training on two occasions but Diacre publicly played down the situation, saying: "It was a tactical choice."

France next face Norway in Nice on Tuesday.