Lionel Messi left out of Barcelona squad to face Sevilla in cup, Boateng in 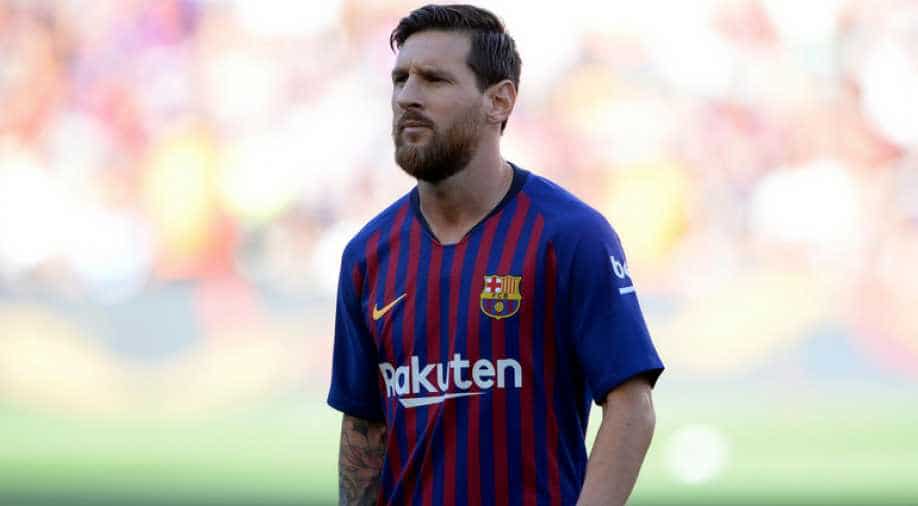 Coach Ernesto Valverde left forward Messi and midfielder Sergio Busquets out of the squad he named as he looks to protect his key players' fitness.

Lionel Messi was left out of Barcelona's squad to face Sevilla in their Copa del Rey quarter-final, first leg on Wednesday, while Kevin-Prince Boateng was included after he completed a loan move from Sassuolo.

Coach Ernesto Valverde left forward Messi and midfielder Sergio Busquets out of the squad he named on Tuesday as he looks to protect his key players' fitness.

Last season Barcelona's players appeared tired by the time they suffered a humiliating 3-0 Champions League defeat by AS Roma in April, which dumped them out of the competition at the quarter-final stage.

After seeing Real Madrid win the Champions League last season for the fourth time in five years, former Barcelona captain Carles Puyol said that the Catalans needed "to reflect" on their priorities.

Messi was also left out of Barca's 2-1 defeat to Levante in the last-16, first leg but scored in a 3-0 second-leg win, and came off the bench to help Barcelona beat Leganes 3-1 on Sunday in La Liga.

Midfielder Boateng was presented as a Barcelona player on Tuesday and was immediately included in the squad to travel to Andalusia.