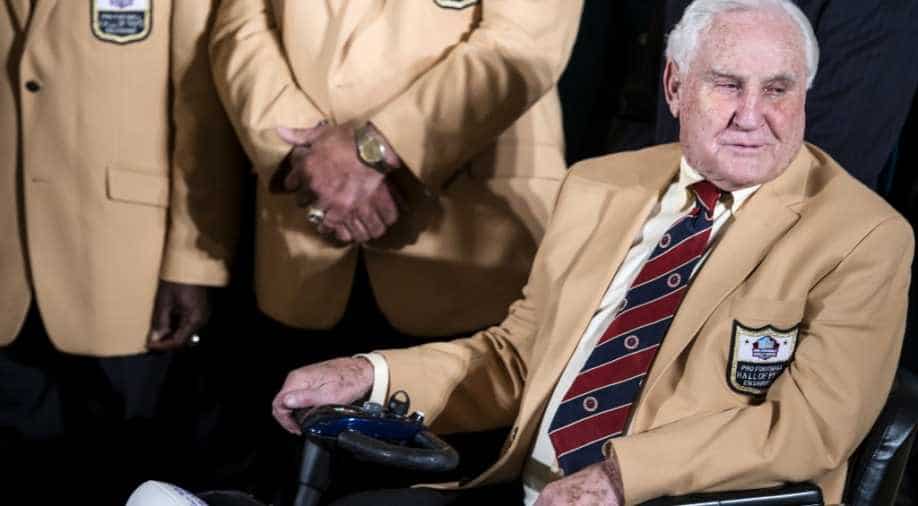 Legendary Miami Dolphins coach Don Shula, who led the team to the only unbeaten Super Bowl-winning season in NFL history, died Monday. He was 90.

Legendary Miami Dolphins coach Don Shula, who led the team to the only unbeaten Super Bowl-winning season in NFL history, died Monday. He was 90.

A statement from the Miami Dolphins said Shula had passed away peacefully at his home.

"Don Shula was the patriarch of the Miami Dolphins for 50 years," the Dolphins said in a statement.

"He brought the winning edge to our franchise and put the Dolphins and the city of Miami in the national sports scene," the team added.

Shula's career included two Super Bowl wins, a record 347 victories and the only unbeaten season in history when the Dolphins were a perfect 17-0 in 1972 en route to the title.

NFL commissioner Roger Goodell said Shula would be remembered as "one of the greatest coaches and contributors in the history of our game".

"He made an extraordinarily positive impact on so many lives," Goodell said in a statement.

"The winningest coach in NFL history and the only one to lead a team to a perfect season, Coach Shula lived an unparalleled football life."

That hat-trick of appearances included back-to-back Super Bowl wins in 1972 and 1973.

But it was the achievements of his invincible 1972 side that helped elevate Shula to the NFL pantheon.

Shula however would later say that his record of 347 wins -- more than other coach in NFL history -- was his greatest source of pride.

Legendary Chicago Bears coach George Halas is second in the all-time standings with 324 wins while New England coach Bill Belichick is on 304.

"Don Shula is one of the all-time great coaching figures and the standard for consistency and leadership in the NFL," Belichick said in a statement.

"I extend my deepest condolences to the Shula family and the Dolphins organization."

Meanwhile, quarterback Dan Marino, who played under Shula for more than 10 seasons, wrote on Twitter that the Dolphins coach embodied "the definition of greatness".

"You brought that winning attitude with you every day and made everyone around you better," Marino wrote.

"Thank you for always believing in me. You made me a better player and person...love you coach."

"Coach Shula took a chance on me and the rest is history," Clayton wrote. "My condolences to the family. Best coach on earth, best coach in heaven."

Dallas Cowboys owner Jerry Jones meanwhile said Shula had a presence which extended beyond the NFL.

"Don was not just an iconic figure in the history of our game, he was an American institution who always represented the highest levels of character, leadership and integrity," Jones said in a statement.