It's 'amazing' to have a cricketer like Hardik Pandya, says Virat Kohli 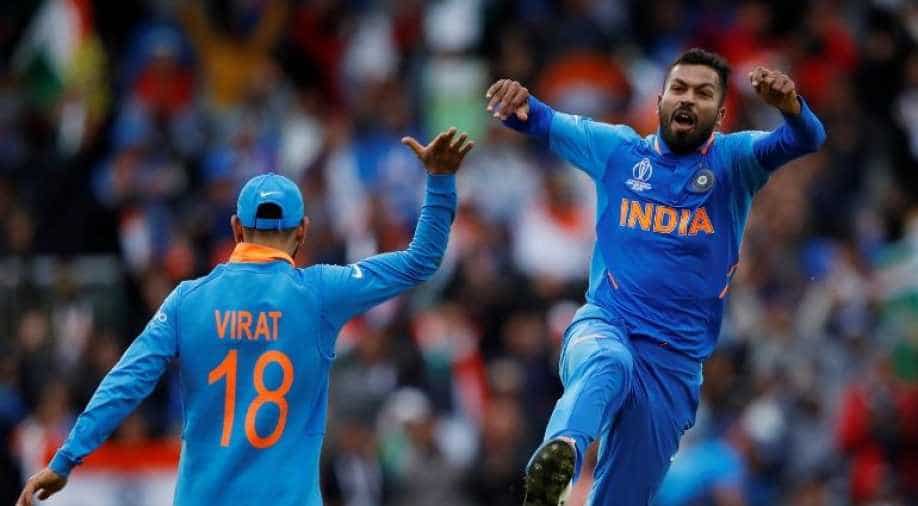 During the post-match presentation, Virat said, "He (Hardik Pandya) has been outstanding especially after being under the pump in the first 3-4 games, but he has come back beautifully, so he's really motivated and is thinking like a batsman."

"He has a gut feel as to what the batter might do, so he's trying different things. Even when he goes out to bat you can see that intent, he's just switched on from ball one."

"It is amazing to have a cricketer like that who can bring in so much to the table. Hopefully two more performances from him and till now it has been wonderful to see his performances and passion for the team," Kohli added.

Brilliant performance by #TeamIndia as they beat Sri Lanka by 7 wickets!! Semi-finals next 😎😎👏👏 #CWC19 #SLvIND pic.twitter.com/WO6SRC33EI

India had already qualified for the last four and will finish top of the standings if Australia lose to South Africa in their last group match.