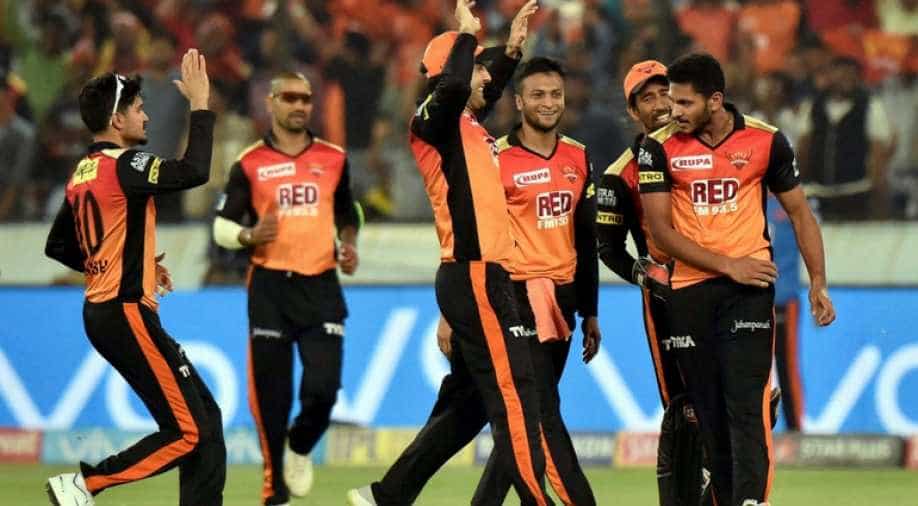 Hyderabad defeated Punjab in a neck-to-neck encounter and defended a low score at Rajiv Gandhi International Stadium on Thursday.

Earlier, Punjab won the toss and opted to bowl and it appeared that Ashwin had taken the advantage by making the decision of bowling first as Punjab restricted Hyderabad at a very low score.

Batting first Hyderabad set a 133-run target for Punjab but the bowlers, especially Rashid Khan was outstanding as he took three crucial wickets.

Rashid Khan and Shakib Al Hasan shared five wickets between them and shattered the massive batting strength of Punjab.

The orange army is now placed at number two on the points table of and has gained confidence now.

The credit for today's game must go to the bowling department and as the batting of Hyderabad failed miserably.

The star batsmen could not perform. Shikhar Dhawan lost his wicket after scoring 11 runs and another opener Kane Williamson went back to pavilion after scoring a duck.

Manish Pandey, Shakib Al Hasan and Yusuf Pathan scored 54, 28 and 21 runs respectively and made crucial contributions to the team.

The score suggested that Punjab will easily win the match but bowlers turned the result and displayed an outstanding show to snatch the victory from Punjab's side.