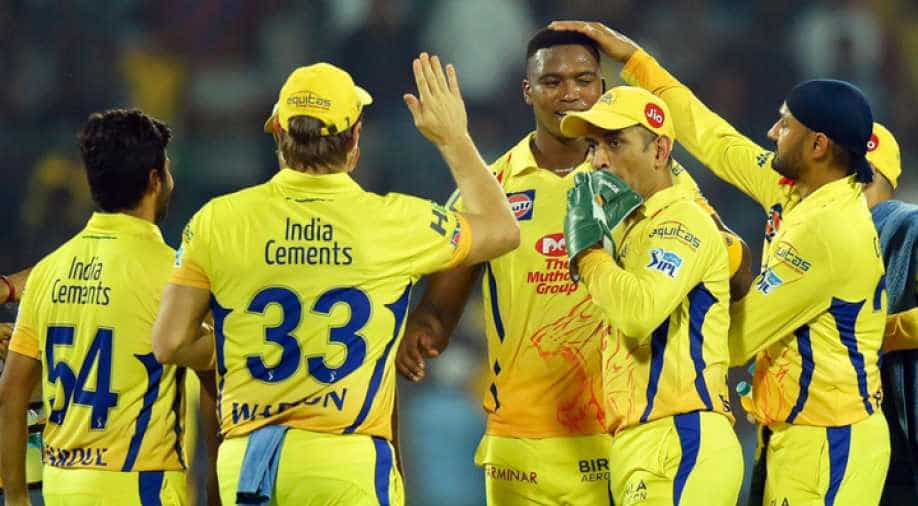 Chennai teammates celebrate during an IPL match against Delhi. Photograph:(Twitter)
Follow Us

Earlier, MSD had won the toss and invited the host to bat first as the skipper Dhoni was suspicious that the pitch might deteriorate after some time.

At number three, Rishabh Pant came in and scored 38 crucial runs for the team. Also, Vijay Shankar and Harshal Patel contributed with their bats - scored 36 runs each - to push the run rate and put up a decent total on the board.

Glenn Maxwell, who has been on and off throughout the tournament, again failed and scored only five runs.

For Chennai, Lungi Ngidi was proved most economical as he took two important wickets and other than that, Deepak Chahar, Ravindra Jadeja and Shardul Thakur got one wicket each.