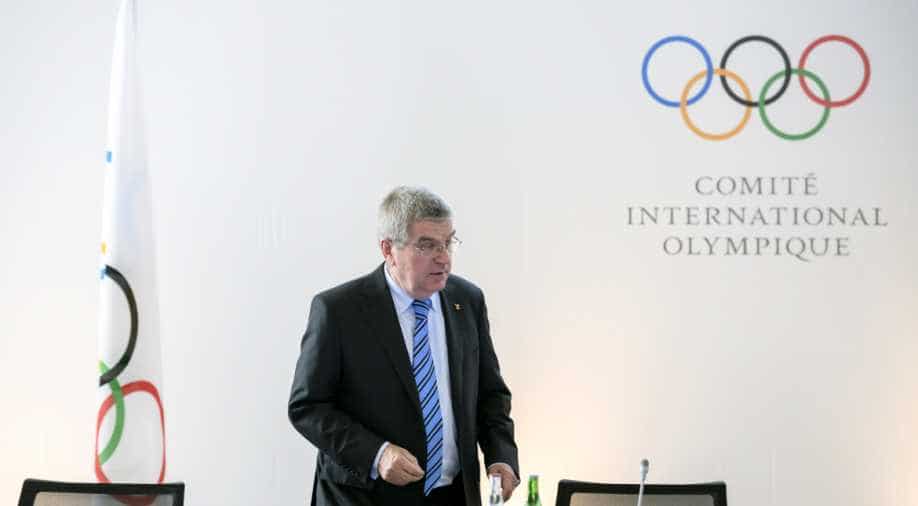 The International Olympic Committee suspends Russia after a report of the World Anti-Doping Agency. Photograph:( Getty )

The International Olympic Committee (IOC) on Wednesday extended sanctions against Russia over doping until further notice.

The IOC first imposed sanctions on Russia in July in the wake of Richard McLaren's report for the World Anti-Doping Agency (WADA) that revealed a widespread state-backed scheme in Russia to rig drug tests at the 2014 Sochi Winter Olympics and Paralympics.

The revelations led to the exclusion of more than 100 Russian athletes from the Rio Olympics and the entire Russian team from the Paralympics.

The IOC executive board "decided to extend the provisional measures ... against Russia until further notice", two days before the McLaren's full report is released, in London.

"Once the above-mentioned process is complete, the IOC Executive Board will take all the appropriate measures and sanctions in the context of the Olympic Games, such as disqualification of athletes from competition at the Olympic Games, and the exclusion of implicated officials, entourage or government officials from the Olympic Games," the board said in a statement.

"Outside the Olympic Games, the International Federations have the authority for any consequential sanctions of athletes and entourage from other international competitions, and potentially the suspension of national federations."

The full report by Canadian law professor McLaren is again expected to lift the lid once more on doping in Russia.

"In order for the competent bodies, including the International Olympic Committee, to draw the relevant conclusions, due process now has to be followed," the IOC board added.

"The evidence provided by Professor McLaren in his investigation has to be evaluated, and those implicated have to be given the right to be heard. This includes the athletes, the Russian Ministry of Sport, and other implicated persons and organisations.

"Once all the evidence has been considered, the IOC Executive Board will then issue the appropriate measures and sanctions related to the Olympic Games."

What happens to player and team records if Premier League gets cancelled?