Iniesta shines brighter than ever with big decision looming 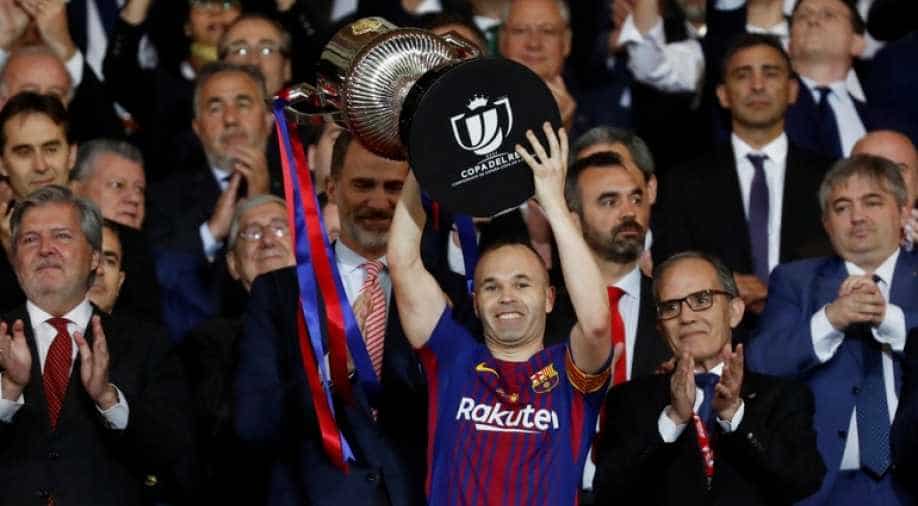 If this proves to be the first of many goodbyes for Andres Iniesta, it is a fantastic way to bow out.

Barcelona's captain was the man of the match on Saturday as he put on a dazzling display to help his side waltz past Sevilla in a 5-0 victory, winning the King's Cup for the fourth season in a row.

Iniesta will make a decision over his future next week, with the 33-year-old mulling a move to the Chinese Super League, and reports in Spain say he will end a hugely successful era at Barcelona to try his luck in the Far East.

The captain cried during the final minutes of the game after being taken off to rapturous applause and his name being chanted by both sets of fans.

An absolute genius midfielder? Unfortunately he's out of the CL.? - Follow @worldcupessentials for more ? - ?: @433

"This week I will make my decision public," said Iniesta. "What makes us happy are days like today. I really wanted today to go well and from the first minute, it did.

"It was a great night in all senses, on a team and personal level. This is a title that we love and we will try to add the league title to finish the season on a high note."

This was the sixth time Iniesta has lifted the King's Cup, along with eight La Liga titles, which will become nine if Barcelona do the double by earning three more points from their last five games. He has also won four Champions League trophies.

Against Sevilla Iniesta was at his finest, helping Barcelona exhaust their opponents by moving the ball quickly and accurately, not letting the Andalusians breathe.

Goalscoring is not his forte with just one in all competitions before he netted Barcelona's fourth, rounding Sevilla goalkeeper David Soria and converting from a tight angle.

"Andres is a spectacle," said Barcelona coach Ernesto Valverde. "Watch him and enjoy him."

After the disappointment of Barcelona's Champions League quarter-final exit against AS Roma, throwing away a three-goal first leg lead, Iniesta was glad to give the fans something to smile about.

"The team and the fans deserve 10 out of 10. There are a lot of emotions, a lot of feelings and a lot of moods. I am happy, happy we can show our best and for the title.

"Although we're all thinking about the game in Rome, the fans deserved this."