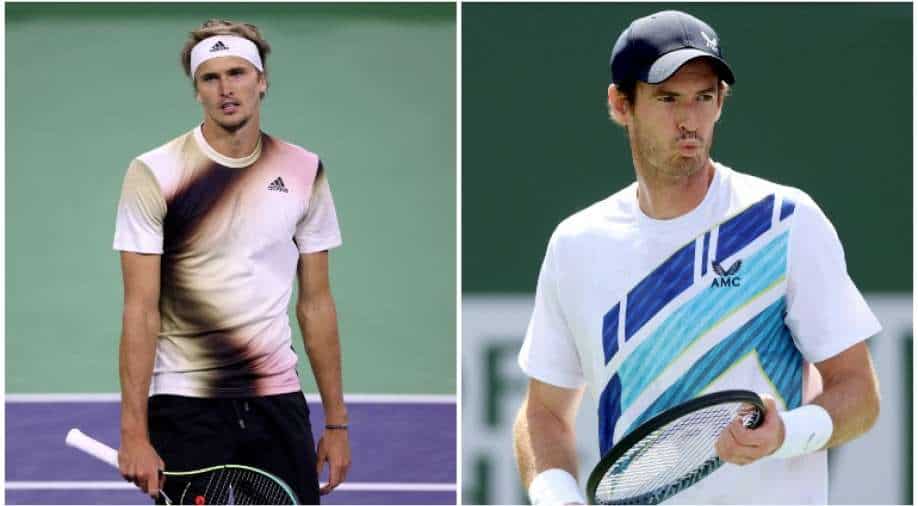 Tommy Paul collected the biggest win of his career with a stunning 6-2 4-6 7-6(2) victory over third seed Alexander Zverev. On the other hand, Alexander Bublik got revenge against Andy Murray, beating the former world number one 7-6(9) 6-3.

Tommy Paul collected the biggest win of his career with a stunning 6-2 4-6 7-6(2) victory over third seed Alexander Zverev under the lights at Indian Wells on Sunday.

After a strong start, the 24-year-old American's good fortune appeared to dry up in the California desert when the hard-hitting German was up a break and serving at 4-2 in the decider.

But Zverev committed four double faults in the game to let Paul back into the match and he did not waste the opportunity, keeping his nerve to force a tiebreak where he played nearly flawless tennis to secure the upset before an adoring crowd.

"I started well, I came to the net a ton and put a lot of pressure on his serve," Paul said in an on-court interview.

"He started serving really well there in the second set and even into the third, but I got kind of lucky there when I got down a break. We'll always take those," he said with a laugh.

Next up for Paul is a third-round clash with Alex de Minaur, who defeated fellow Australian John Millman 7-6(4) 6-3.

Earlier in the day, big-serving Alexander Bublik got revenge against Andy Murray, beating the former world number one 7-6(9) 6-3 to notch his first win over the Scot in three career meetings.

Bublik won the first set tiebreak to seize the momentum and pounded his way to the finish line as Murray was unable to convert any of his six break-point opportunities.

The Kazakhstani sealed the win with a deft drop shot on match point that Murray was unable to reach.

Bublik stood and joined the crowd in applauding the three-time major champion, who claimed his 700th career win on Friday, as he walked off the court.

Murray, who defeated Bublik in straight sets in Rotterdam in February, was left to wonder what might have been.

"Obviously in the tiebreak both of us had some chances, but in the first set I certainly created more opportunities and I didn't take them," Murray told reporters.

Sixth seed Matteo Berrettini managed to serve his way out of trouble to survive a tough test from 18-year-old qualifier Holger Rune and hang on for a 6-3 4-6 6-4 win.

The Italian Australian Open semifinalist was forced to retire with injury during the second set of his last match against Paul in Acapulco last month and admitted to having some rust.

"It's always tricky when you step into the court again so I'm happy to get the win," Berrettini said.

In other second-round action, Americans Taylor Fritz, Steve Johnson, Frances Tiafoe and John Isner all won in straight sets, while fan-favourite Diego Schwartzman of Argentina and Hubert Hurkacz of Poland needed three sets to advance to the third round of the Masters 1000 tournament.