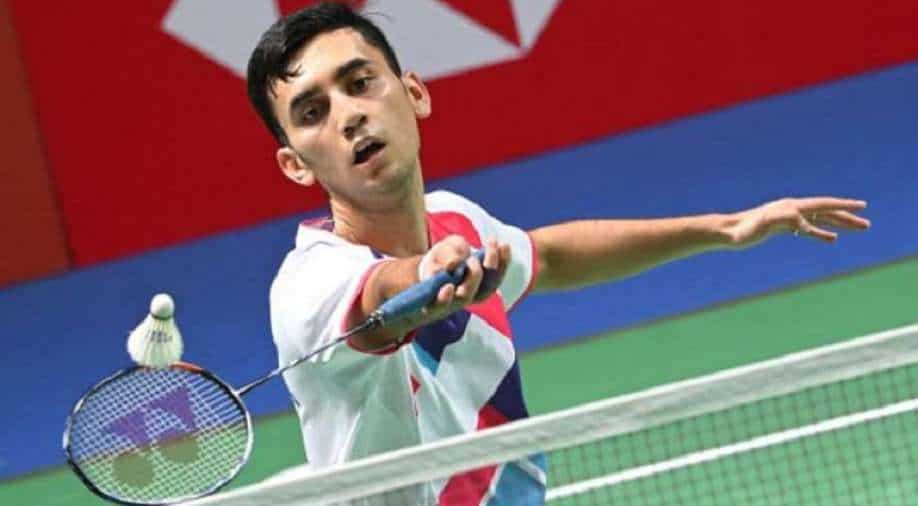 World number 12 Sen came into the match with a 3-3 head-to-head record against Vitidsarn. Photograph:( AFP )

Indian shuttler Lakshya Sen on Sunday lost in the finals of the German Open here at the Westenergie Sporthalle. Playing at court 2, Lakshya got defeated by Thailand's Kunlavut Vitidsarn in straight games 21-18, 21-15, in a match that lasted for 57 minutes.

The 20-year-old Sen, who had claimed his maiden Super 500 title at India Open in January, lost 18-21 15-21 in 57 minutes to the three-time world junior champion Vitidsarn in the final match.

World number 12 Sen came into the match with a 3-3 head-to-head record against Vitidsarn, ranked 20th, having beaten the Thai in their last meeting at Hylo Open last year.

In a battle of equals, Sen and Vitidsarn matched each other in speed in the rallies to move 4-4 before the Thai rode on his variations and deception to grab a comfortable 11-6 lead at the break.

Sen worked up his pace and took control of the net to make it 15-16 but an alert Vitidsarn managed to grab two game points with an overhead cross-court drop.

Sen needed medical attention for a blister on his foot even as the Thai came up with a cross-court smash to pocket the opening game.

The gruelling semifinal against Olympic champion Viktor Axelsen seemed to have taken a toll on Sen as Vitidsarn jumped to a 7-3 lead in the second game before moving to a 11-5 advantage after the change of sides.

The Indian needed the doctor's attention again as he fought his way back with four straight points but Vitidsarn managed to move to 19-15 and then took five match points before sealing the second game and the match in the first chance.

Sen had won two Super 100 titles -- Dutch Open and SaarLorLux Open -- besides three international challenge at Belgium, Scotland and Bangladesh in 2019, before the COVID-19 pandemic came in the way of his progress.

Last year, the youngster made it to the semifinals at Hylo, reached the knockout stage at World Tour Finals on debut before sizzling at the World Championships with a bronze.