How I prepare myself for World Cup will be real challenge for me: Vijay Shankar 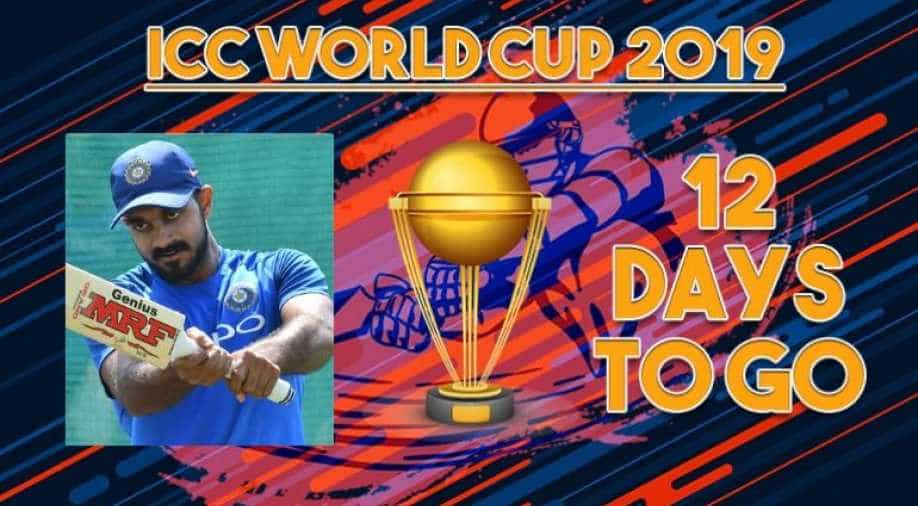 'There's a difference between batting at number four position and batting in the lower order. How I prepare myself will the real challenge for me', Shankar said

Indian all-rounder Vijay Shankar was recently named in the fifteen-member World Cup squad and the player is likely to bat at number four position for the team.

Shankar believes how he prepares will be the key factor going into the tournament.

At the time of announcing the squad, chief selector MSK Prasad said that Shankar is being viewed as a number four batsman.

Ambati Rayudu was seen as a potential number four batsman, but Shankar was given a nod ahead of him in the final squad due to his three-dimensional abilities.

"There's a difference between batting at number four position and batting in the lower order. How I prepare myself will the real challenge for me. I need to be in good shape, the most important thing will be how I play according to the situation. I should be equipped to play in any condition," Shankar told ANI.

"Number four slot, there have many been speculations about that slot. It is really important for me to keep things simple. Other things are not in my control, I should try to control what I can control," he added.

Shankar will be playing for the first time in the World Cup.

The player said being part of the World Cup-bound team is really special as the tournament happens once every four years.

"Everyone's dream is to first play for the country. Whenever you step in, you are wearing the Indian jersey and it is very special. The World Cup experience is all the more special as it happens once in four years and being named in the fifteen-member Indian squad, I am very happy about it," Shankar said.

Shankar who has been bogged down by injuries in the past said he has learnt a lot from those hiccups and he has come back stronger.

"It is a very good journey, to be honest. The most important thing is that I had many injuries in the past and I missed a lot of cricket. But these injuries taught me a lot of things, how I should focus when I was in the rehab and lot of many other things," Shankar said.

The 28-year-old Shankar played for the Hyderabad in the recently concluded Indian Premier League (IPL).

The player said he plays every match with the same intensity and looks to take something out from the match.

"So wherever I play, I try to play with the same intensity. Every game I play, I try to make sure I get something out of that match. So as a cricketer I feel, you have to move forward and keep believing in your ability," Shankar said.

Shankar believes that it is his duty to learn from the senior players in the team as they have more experience of playing in every type of situations.

"Someone like him (MS Dhoni) has done a lot for the country, He has won many matches for the team. It is important for me to learn many things from him. Everyone in our team has achieved a lot of things and I should learn from everyone. Mahi bhai, has played in every type of situations, so it's my duty to learn from him," Shankar said.